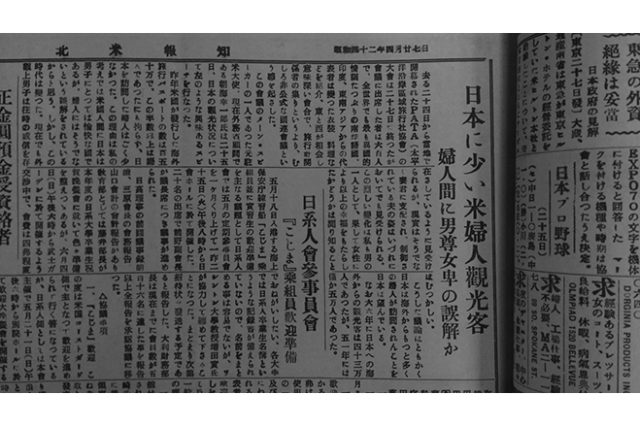 Pacific Asia Travel Association (PATA) held its annual meeting from April 24 to April 27 in Seattle gathering over 600 attendees. Delegates from the South Pacific Islands, India and Southeast Asian countries–some of the most exotic places in the world–introduced their respective countries’ costumes and foods. It was an interesting conference in which Eastern culture met Western culture, acting more like an unofficial conference by the United Nations than just a meeting for travel agencies.

One of the main speakers of this meeting, Koichi Asami, who is a previous ambassador to the United States and a current advisor to the Minister for Foreign Affairs, gave an interesting speech on the situation of tourism in Japan on April 25.

“The United States issued one and a half million passports for foreign travel last year and over half of the recipients were women. However, there were very few women who visited Japan,” he stated. “I think the reason is because there is a misunderstanding that Japan is a fun place for men but not for women among Americans. However, times have changed. Still, now Japanese men seem to maintain their prestige of the past, but the reality is different. You could see some the men are dominated and controlled by their wives. As one of those men, it is hard for me to recognize that this drastic change has brought more happiness to women.

“No matter what we discuss, Japan hopes that more women from overseas will visit Japan,” he concluded.