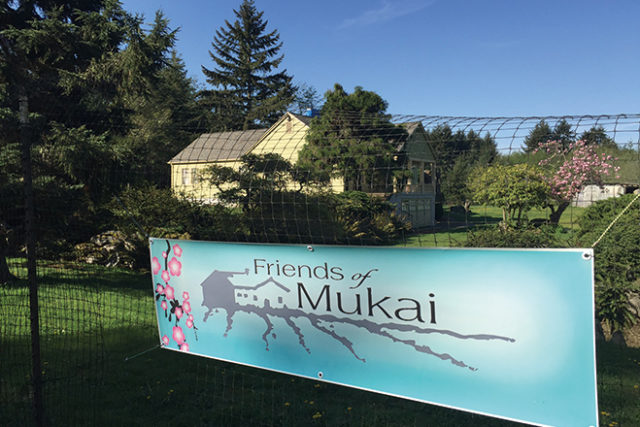 In the middle of Vashon Island is an old 4.8 acre farm where, 90 years ago, Denichiro “B.D.” Mukai built the Mukai Cold Process Fruit Barrelling Plant and established his family. Back then it was a whopping 40 acres, which was sold in segments over a span of years after B.D. Mukai returned to Japan.

B.D. Mukai emigrated from the Osaka area in Japan to San Francisco when he was just fifteen. The “B.D.” nickname originated from his Japanese name and the name, Ben, his peers gave him. After six or so years working in various fortunate positions and attending school for English, he married Sato Nakanishi and the two settled in Seattle after the San Francisco earthquake.

The two moved and grew strawberries on Vashon Island in 1910, where he utilized his business know-how to start as a tenant farmer. B.D. Mukai’s son was born in 1911 and, fifteen years later, the current-day Mukai farmstead was built. B.D. Mukai would go on to build a very successful business shipping the farm’s strawberries globally.

After B.D. Mukai’s first wife, Sato, died in 1922, he married Kuni who is known today for the heavily Japanese-inspired Mukai garden. His son, Masahiro “Masa” Mukai, took over management of the farmstead and plant from 1934 until World War II and, with encouragement from his father, successfully improved the business with innovations in preserving strawberries.

As of this month, the State Court of Appeals unanimously made their decision to grant full legal rights to the Mukai House and Garden to the Friends of Mukai. The acquisition of these rights allows the Friends of Mukai to secure the site, re-gather members of the community and the supporters thereof and begin restorative work on the House and Garden.

According to Friends of Mukai board member, Glenda Pearson, cleaning of the house has already begun in preparation for a celebratory open house that will feature relevant historic photographs, though the date is yet to be decided.

Looking towards a future of preserving Vashon Island’s Japanese and agricultural heritage, the Friends of Mukai hope to open the Mukai Agricultural Complex to the greater community to further educate the community and “research into the history of strawberry growing on the island.”

To this effect, the Friends of Mukai hopes to reintroduce the Marshall Strawberry, which is currently at-risk for extinction due to its fragility and susceptibility to disease. Hundreds of starts await this re-debut on the farm. In addition, Friends of Mukai hope to restore, with great attention to her inspirations and methods, the garden that Kuni Mukai, the second wife of B.D. Mukai, designed.

The organization will be taking into account the resources in gardening knowledge, seeds, plants and materials to which Kuni Mukai had access if and when reconstruction occurs.

Research is underway by two UW Landscape Architecture graduate students.
More information about the Friends of Mukai can be found at <http://friendsofmukai.org/>.

Mayor Pushes Upzone in the Chinatown-ID