North American Post publishing is one of the oldest minority-owned publishing company in the Greater Seattle area. The company was founded in 1902 by Kiyoshi Kumamoto and investors, who were first generation Japanese immigrants (Issei) in the area. Hokubei Jiji (The North American Times) was launched on September 1, 1902, as the country’s third Japanese- American newspaper.  The paper’s headquarter was located in what is today’s Nihonmachi. At the time of its launch, the paper had six pages, which would become eight by 1905. For the New Year’s edition of the following year, the paper expanded to 32 pages, with a circulation of 5,000 copies.

In 1913, the Arima family, which was central to the paper’s publication, took over management. The paper now had correspondents in Portland, Los Angeles, San Francisco, Spokane, Vancouver and Tokyo, running 6,000 copies. It also added English sections in 1918 and from then on continued enjoying a great print run.

After the WWII began, the paper was discontinued on March 14, 1942. The newspaper published 12,278 issues over 39-and-a-half years at the center of Japanese-American immigrant communities during turbulent times.

The compulsory expulsion of Nikkei during World War II had all but wiped out the Japanese American presence in Japantown. After the war, as people were released from the camps, they restarted their lives. Japanese-language media started to appear, and in June 1946, a publication that continues today, Hokubei Hochi (The North American Post), was published by Hochi Shinbun. The editor in chief was the same person who published Hokubei Jiji before the war, Sumio Arima. The publisher was the former editor of the Takoma Jijo, Sadahiko Ikoma.

During the 1970s, the Issei readers began to grow old, and the paper reduced its print runs. Rising postal rates also squeezed the business. The business faced the possibility of going out of business, but strong support from the community saved it from that fate. In 1974, it received donations from supporting organizations, and in 1981, it stopped publishing for three months, prompting the formation of the North American Post Publishing Inc. by a group of supporting Nikkei organizations to ensure the paper could continue publishing. Tomio Moriguchi, then CEO of Uwajimaya, was one of the supporting members. In 1988, he became a sole owner as publisher of the North American Post and has been supporting the historic community newspaper among Japanese community in the Seattle area.

For more stories behind our history, please read our articles; 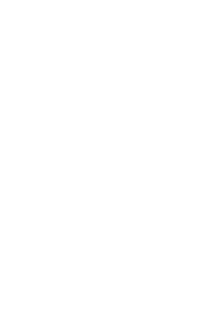