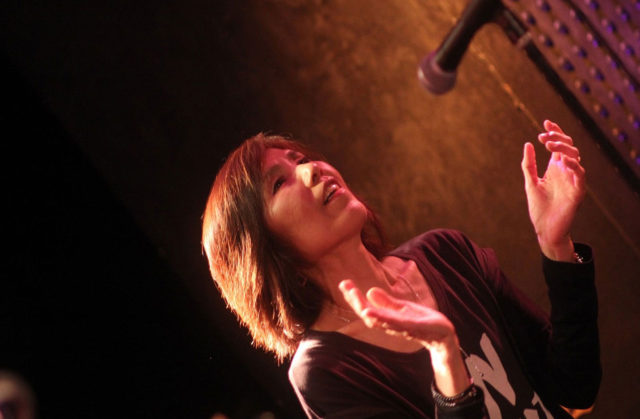 Seattle-based singer-songwriter Kuniko Fukushima will have her third annual Seattle performance on Saturday September 7th at the Good Shepherd Center in Seattle. Kuniko is known for writing 1980s hits in Japan such as “Bossa Nova” covered by Naoko Ken. What does she have in store for us this time? She gave us an inkling of what to expect while discussing some nostalgic moments and bringing us up to date on her career.

In my songs, I give my soul to the audience

In 2014, I moved from Japan to Seattle and continued my voice-training teaching and musical endeavors. It was very stimulating to have unique experiences and meet people I couldn’t have met in Japan. I love the US and always enjoyed coming here for a visit, but when I decided to live here, it was difficult. In the very different environment, I was not able to have enough time for my music, was nostalgic for Japan, and tired of the different lifestyle. Those negative thoughts changed the energy of my music. I believe my own bittersweet experiences and the many moods I went through affected my songwriting. In my songs, I give my soul to the audience.

Currently, I am only performing one concert a year in Japan, and each time people come from all corners of the country. In Japan, I have the support of my friends, I can communicate in my mother tongue, and I can relax and sing in a familiar setting. I am hoping to replicate that live atmosphere in Seattle, so I dragged along my longtime musician supporters from Japan, Keiko Tanaka on the viola and Hajimu Takeda on the piano, to join me this time. We’ll also be joined by bassist Saburo Miyata, who has accompanied me on every Seattle concert. This time, while we focus on some Japanese originals, I’ll also sing some old favorites from Japan and some songs that will be familiar to Americans. I want to feel closer to everyone, and I want the audience to feel close to me during this concert, too. I will sing songs that show the influence of fado, Portuguese music. The sounds of the viola will add so much to these songs.

When I was in elementary school, I was taught piano by a famous teacher who had accompanied singers on NHK. I was more interested in learning to sing than in learning to play the piano. At an adult gathering, I was applauded for my renditions of songs by Misora Hibari and The Peanuts. When I won the Yamaha Popular Song Contest, commonly known as “POPCON,” I debuted as a singer-songwriter. The song “Bossa Nova,” which I wrote and released a year after my debut, was later covered by Naoko Ken. Naoko and I used to live in the same neighborhood and I have always felt a special connection to her. Last year, I co-starred with Naoko’s daughter in Seattle and it meant a lot to me. Talking about big hits in Japan, I wrote a song “Namida no take a chance” for Shingo Kazami. I got a strong request from him that he wanted a song to break dance to. I was part of Shingo’s backup band, and I was really taken with the power of his dancing.

Even though I had an electric guitar and wrote rock songs, people would tell me that my songs are dark. My lyrics can be pretty radical, especially the songs I wrote when I was young. Even I myself would sometimes think, “Did I really write this song?” From long ago, I’ve felt strongly about using songs to tell all sorts of stories.

During my concert, if you feel a sense of nostalgia and warmth listening to my Japanese songs, I will be happy. Please come and enjoy some comforting Japanese songs.

Kuniko Fukushima is a singer-songwriter based in Seattle. Born in Okayama Prefecture, she debuted as a professional in 1978. She released 15 singles and 11 albums. Naoko Ken, Checkers, Anri, Akina Nakamori, and others sang her songs. Besides singing and playing piano at concerts, she works as a vocal trainer. Learn more about Kuniko at www.kuniko-fukushima.com.

Making an Abacus at Soroban Village