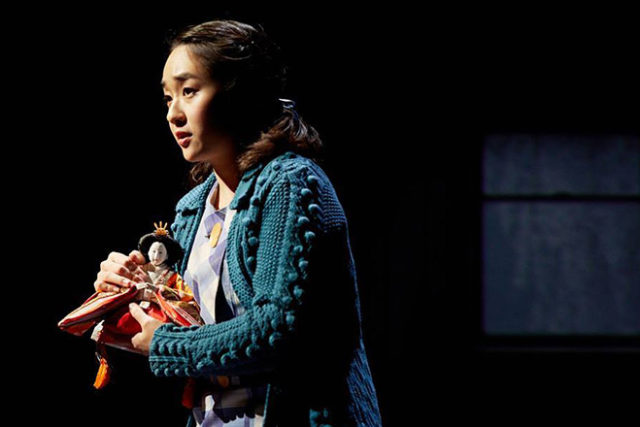 In a time where those perceived as outsiders continue to face discrimination in the U.S., Seattle Opera presents an American story of justice denied. The forced removal of Japanese Americans during World War II is the subject of An American Dream, composed by Jack Perla with libretto by Jessica Murphy Moo. At its 2015 premiere, The Seattle Times called Dream “a gripping piece of musical theater…it’s hard to think of a better way to teach local history.”
Dream returns now in a brand-new production at Washington Hall—part of the company’s mission to introduce opera to new audiences.
“Presenting work that reflects our diverse community is crucial to the success of Seattle Opera,” said General Director Aidan Lang. “An American Dream comes at the end of a summer that’s included a larger conversation with Asian Americans
and Pacific Islanders on moving racial equity forward in the arts. This story comes from the lived experiences of people in our community. It is a cautionary tale for the world we live in today.”
Inspired by true stories from Puget Sound’s history, Dream depicts two intersecting narratives during World War II: a Japanese American family facing incarceration, and a German Jewish immigrant preoccupied by those she left behind. The opera’s two presenting partners include local nonprofit Densho, who will provide moving, first-hand testimonials of people whose lives were impacted by the mass incarceration; as well as the Japanese American Citizens League—Seattle Chapter. Through post-show discussions, Seattle JACL will help take attendees deeper into the civil rights implications of this story and its themes of wartime hysteria, racism, and xenophobia.
Returning from the original Dream production are singers Nina Yoshida Nelsen (Hiroko Kobayashi) and D’Ana Lombard (Eva Crowley), Stage Director Peter Kazaras, and Maestro Judith Yan. Making company debuts are Yeonji Lee
(Setsuko Kobayashi) and Ao Li (Makoto Kobayashi). Ryan Bede returns following Madame Butterfly to sing the role of Jim Crowley.
An American Dream opens Thursday, September 7 and runs through Sunday, September 17. Tickets are available online at seattleopera.org, by calling 206-389-7676, or in-person at the box office located at 1020 John Street. Tickets are $45.
(Photo and article; retrived from Seattle Opera’s press release)