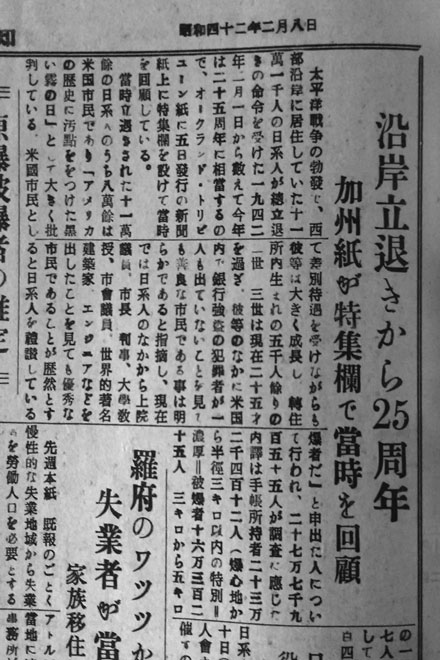 The year 1967 is the 25th anniversary of the mass removal of over 111,000 Japanese Americans who resided along the Pacific Coast. The Oakland Tribune in California featured the incarceration in its Feb. 5 edition.

The paper criticized the incarceration as one of the darkest days in the American history since over 80 thousand of 110,000 residents were actually U.S. citizens. It added that Japanese Americans who experienced this discrimination and injustice have grown up and become good citizens. Over 5,000 Nisei and Sansei who were born in the incarceration camps have reached the age of 25, but none have  yet become a bank robber yet.

The paper praised Japanese Americans for having excellent citizens in roles such as U.S. senators, mayors, judges and professors.