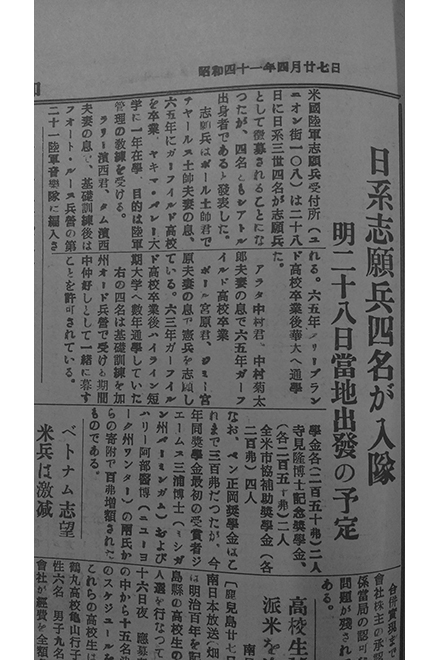 Larry Hamanishi, son of Mr. and Mrs. Tam Hamanishi, will enroll into the 21st Army Band at Fort Lewis. He entered the University of Washington after graduating from Cleveland High School in 1965.

Paul Miyahara, son of Mr. and Mrs. Jimmy Miyahara, applied for the military police corp. He attended Highline Community College for a few years after graduating from Garfield High School in 1963.

Those four men are permitted to live together as friends during the military training at the Fort Ord in California.