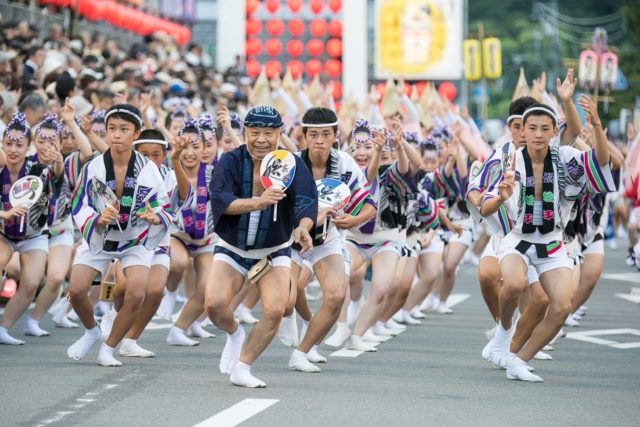 Japan Fair — a two-day celebration of Japanese art, culture, cuisine, and business — will come to Bellevue’s Meydenbauer Center on the last weekend of June. The annual festival is free and open to all (Parking at Meydenbauer Center is not free). This year’s fair will feature an Awa Odori dance lesson and contest, special guests from Japan, a marketplace, live performances, and a host of cultural workshops on everything from izakaya restaurants to manga translation. The festival is family friendly with plenty of activities for children and lots of festival food to try.

The Awa Odori is an iconic summer dance originally from Tokushima in Japan. The Tokushima performances draw more than a million people during the summer. A renowned Awa Odori dancer Hideaki Oka will deliver a dance lesson at main stage on June 29th. Groups of eight or more will show off their original dance moves and outfits for 2-3 minutes each at the contest on the 30th. A winning team will be chosen by Oka and earn ten Mariners’ suite tickets. Teams need to sign up ahead of time at the Japan Fair website.

One of the special features of this year’s fair is the culmination of the first semester of the Necchu School, a continuing education program that has spread through Japan and began in the US at the Bellevue Children’s Academy in February. Necchu holds monthly adult education classes on a range of topics of interest for the Japanese community. To complete the first semester in the US, a host of visitors from Japan will be attending the fair and giving workshops on various aspects of Japanese culture.

The Friends of Japan Gala complete with a raffle, a silent auction, an Awa Odori performance by dancers from Tokushima, and a special Music of Remembrance performance by artistic director Mina Miller will be held at the Meydenbauer Center at 7 pm on June 29th.

Tomo “Hoku” Angie has been a bilingual emcee for years in Seattle, Japan and Hawaii. Her talents expand as event promoter, interpreter, translator and tour coordinator.

Kaoru Okumura, a Japanese Butoh performer based in Seattle, and her friends will pop-up at Japan Fair again this year!

*Stage programs are as of June 12th and may change