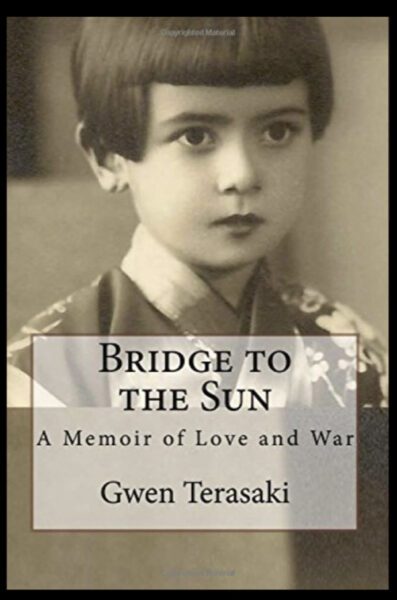 I was surprised to see the title reviewed by David Yamaguchi, “Bridge to the Sun.”

Then, as I read David’s treatment, my surprise turned to confusion, “Oh, no, I haven’t! What gives?”

Time ago, around 2005, I think, a student of mine in Chiba, Japan, where I lived at the time, recommended to me with some enthusiasm “Bridge to the Sun.” I include the Amazon Kindle review:

“‘Bridge to the Sun’ is a beautiful, tender, and moving love story — the true report of an international and interracial marriage of an American girl from the mountains of Tennessee and a Japanese diplomat. They were married in 1931, just as tension between their two countries was mounting…

“In the following ten years, Mr. Terasaki’s service with the Japanese Foreign Office took them to Japan, China (where their daughter Mariko was born) . . . and washington, where they were… living at the time of… Pearl Harbor. As head of Japanese intelligence in the Western Hemisphere, Terasaki took enormous personal risks to avert war between the two countries…

“Mrs. Terasaki describes with rare perception and fine humor her months of internment with the Japanese diplomatic corps at Hot Springs and White Sulphur Springs (MT), the long voyage back to Japan via Africa on the famed exchange ship Gripsholm, and he struggle of the war years in Japan… marked by illness and near starvation.

“After the surrender, Mr. Terasaki, a courageous and brilliant man… was appointed liaison between the Emperor and General MacArthur, and in this capacity, he made a lasting contribution to post-war relations between the two countries.

‘What is Noh?’ Paul Atkins Lecture