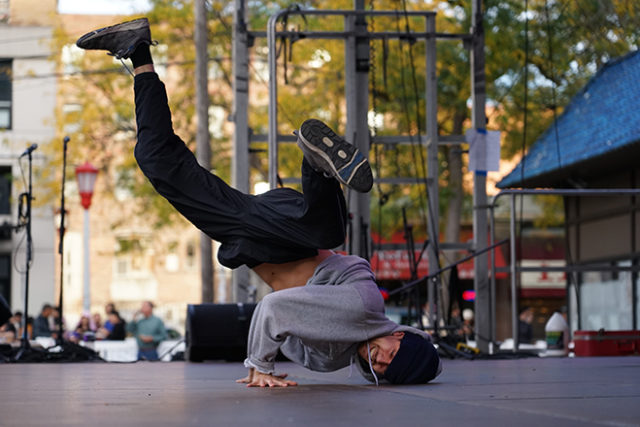 A river of people, the aroma of succulent food, and music bumping through the air from every direction. The streets of Seattle were alive on Saturday during the annual Chinatown International District Night Market, where food vendors and performers showed us what we love most about the International District.

The market opened around 4p.m. and went until midnight. The crowd was thin at first but by mid-afternoon it became packed. Walking through the thick of the people, all one could see were happy faces. Parents and their children in Hing Hay Park, sitting peacefully and watching someone perform on the stage across the street. Food vendors rushing back and forth as lines continue to grow. Young people laughing at each other as they try to eat without spilling on themselves.

Few days in the year bring people together quite like the Night Market. This year included performances by Special Ops Chinese Yo-Yo, Olizar, break dancing by the Fraggle Rock Crew, Lion’s Ambition and DJ Drop B, among others. The stage, which was located in the Uwajimaya parking lot underneath the historic Chinatown gateway, served as an anchor for the night market. From there, food vendors stretched for blocks in every direction.

The night culminated with the All Style Sweet 16, a hip-hop dance competition put on by Outshine Productions that went from 8 to 11p.m. on Saturday. The parking lot was packed with people watching the best dancers from all over the country compete for first place. They defied gravity with their moves and brought energy and flow to the market.

Seattle’s C-ID Night Market started in 2006 and remains the city’s only Asian themed food festival. With an endless list of local businesses, musicians and artists taking part—too many to include here—there was no shortage of entertainment and great food.