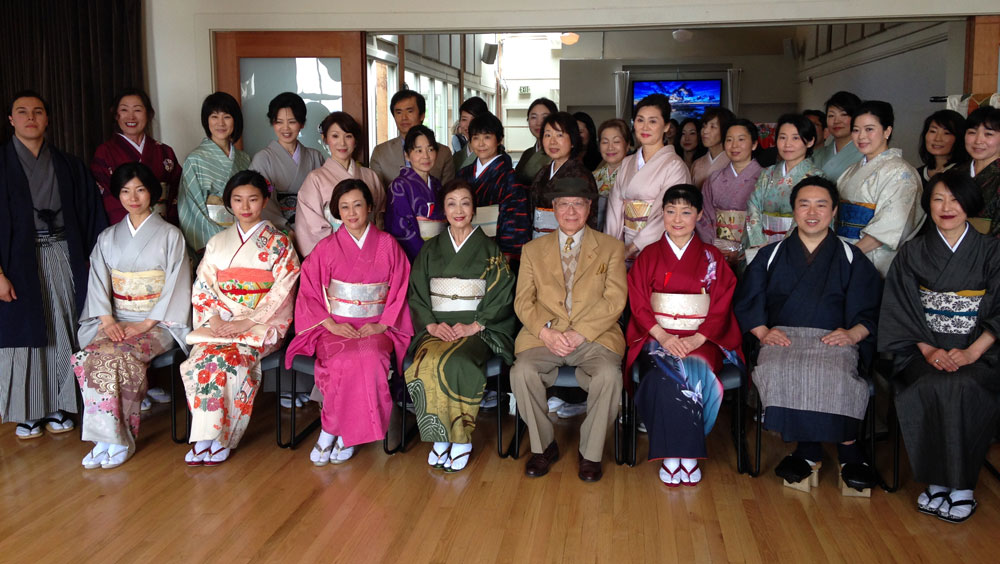 “Cha-Kaiseki at Cha-kai,” hosted by the Washington chapter of the Society and held at the historic Pike Place Market, featured a Kaiseki lunch by chef Hiro Tawara, and presentations by Tea Master Keiko Tanaka, and Yu Ugawa, head instructor of a kimono school, with her entourage of sleek kimono-clad students/assistants.

Each speaker spent about half an hour discussing his or her area of expertise, and the role each art form plays in executing the perfect Cha-kai, or tea party. A multi-course Japanese cuisine, Cha-Kaiseki is meant as an opening act of a ceremony that culminates in the serving of thick tea, the crown jewel of the party.

For a side act for tea, however, cha-kaiseki can be incredibly intricate and labor intensive. While Tawara served an edited example, the lunch-box style offering kept to kaiseki’s key practice of serving local and seasonal ingredients.

Tawara is currently cooking up plans to open a Kaiseki restaurant in Bell Town later this year.
Tanaka, who has a doctorate in Communication from the University of Washington, has studied the Urasenke Tradition of Tea for nearly four decades. Along with a slide show to demonstrate how to put on a tea party, Tanaka reminded the guests that the Cha-kaiseki meals, while elaborate by Western standards, are not intended to be filling. The food is served in small amounts, Tanaka said. “Just enough to stave off hunger.” That would be consistent with the stated origin of the word “Kaiseki,” which refers to warm stones that were held against one’s body to keep hunger at bay.

Ugawa explained through an interpreter the various rules and etiquette surrounding not only what to wear and how, but when. If it’s October, but still hot as it can be in Japan, you are required to wear your winter kimono. It’s all part of the tea etiquette.

Beyond the world of tea, kimono can also be appreciated purely as a work of art, where designers like to experiment with auspicious themes and weave them into the kimono or the obi. Some of kimono’s most enduring designs from nature are the sho-chiku-bai trio of pine, bamboo and plum.