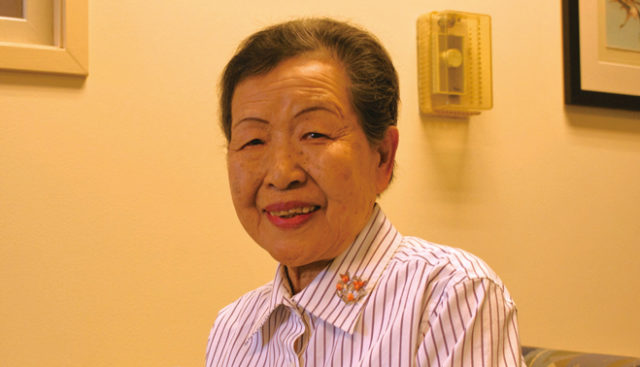 President Barrack Obama visited Hiroshima after his participation in the Ise-Shima G7 Summit last week as the first incumbent U.S. president to go to an atomic bomb site.
After Obama was inaugurated as President, he gave a speech about a world free of nuclear weapons in Prague in 2009. A year later, he signed the New START agreement with Russia to cut the number of nuclear weapons and organized a series of Nuclear Security Summits.

“Why do we come to this place, to Hiroshima?” Obama remarked in his speech. “We come to ponder a terrible force unleashed in a not-so-distant past.”

As Obama met survivors of the atomic bombings in 1945, the hope of peace was shared in the moment.

“Victims of the atomic bomb didn’t come back,” local resident Rikuko Tanaka said of the president’s visitation to Hiroshima. “I hope for no more war in the future rather than an apology for 71 years ago.”

Tanaka was 19 years old when the atomic bomb was dropped on Hiroshima on Aug. 6, 1945. She was a student of the nursing school at Japan Red Cross Hospital at that time and was on the way to the dormitory to deliver breakfast to the students who were absent because they were sick.

After the bomb deternated, she escaped in the dormitory but got her caught between a wall and a shoe closet. It was evening before she got out.

Right after Tanaka was helped, she headed to the dorm near the hospital and started working to save people who were trapped under the collapsed dorm. She recalled that people lost half their heads, you could see the gore and many were already dead.

Despite the tragic moment, Tanaka told herself that she had become a nurse because of these situations and kept working to help people.

She worked as a nurse for the next 21 years and met her late-Nisei husband and decided to move to Seattle at age 40. Tanaka recalled that she was asked by her brother if she would move to the “enemy country.”

Acording to a public poll completed just weeks after the nuclear bombings in 1945, 69% of Americans felt positively about the development of the atomic bomb, saying it “was a good thing.”And just 17% called it a “bad thing.”

The bombs were ultimately believed to have saved American lives by shortening the war. On the other hand, there are views that dropping the bombs was a demonstration of the U.S. military power to persist international hegemony in military.

After Tanaka moved to Seattle, she had opportunities to speak about her experience to the local students. She said that the students were surprised by her story but listened to her very politely and tried to understand.

According to a Kyodo News poll of 115 of atomic bomb survivors in Hiroshima and Nagasaki, 78.3% said they did not want any apology in contrast of 15.7% who want an apology.

“…Someday, the voices of the hibakusha will no longer be with us to bear witness,” Obama stated in his speech in Hiroshima last Friday. “But the memory of the morning of Aug 6, 1945, must never fade. That memory allows us to fight complacency. It fuels our moral imagination. It allows us to change.”

The past does not change, but we need to listen to and imagine the stories of individuals, who tell us of their hope for peace.

“Helmet for My Pillow” and “With the Old Breed”