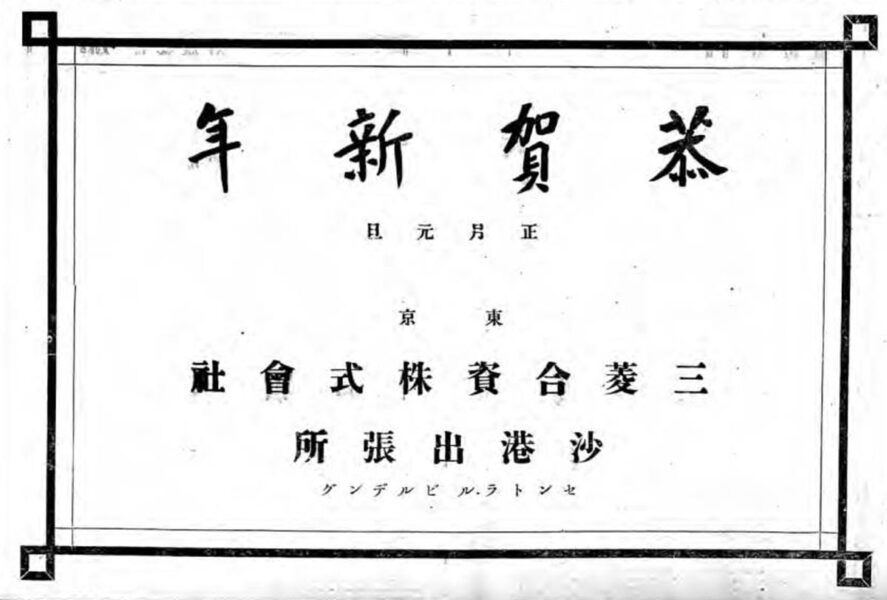 The oldest issue of The North American Times you can read in our digital archive is that of December 14, 1917. New Year’s issues available from that era are those of 1918, 1919 and 1920. Following the end of World War I, the 1919 and 1920 New Year’s issues each have more than 40 pages, and have articles welcoming peace. Many advertisements in these issues tell of the prosperity of Seattle’s Japantown.

Nippon Yusen (NYK), which opened the Yokohama-Seattle route in 1896, opened its Seattle branch office in 1911. It had a large one-page ad in the New Year’s issues yearly.

Ad of Furuya Shoten, which opened as a general merchandise store in 1892 and became a large trading company. Furuya’s bank businesses, the Japanese Commercial Bank and Pacific Commercial Bank are listed together.

Many pages were filled with business and personal New Year’s greeting ads. There are many businesses such as general stores, hotels, shoe stores, electrical appliance stores, florists, law offices, and medical/dental offices. Some ads are from Japanese commercial associations. Above is the ad for Hiraide store, the business of Hiraide Kuranosuke (p. 9).