Sake qualification courses were held in Seattle this February 2-5. Along with the courses, Tahoma Fuji Sake Brewing Co. added an extracurricular tour of its facilities. The North American Post joined in to check the brewery out.

Andrew Neyens oversees the sake brewing at Tahoma Fuji Sake in Ballard. His road to becoming a sake brewer began in Toyama Prefecture, where he experienced the practice firsthand at Fumigiku Sake Brewery. Upon his return to Seattle, he got involved with craft beer brewing, and eventually turned to sake, opening the kura, or brewery, in 2014. The name “Tahoma Fuji” comes from the practice of Japanese Americans referring to Mt. Rainier as “Tacoma Fuji.” Its flagship Nama Genshu Junmai Ginjoshu can be found at local establishments such as Sake Nomi in Pioneer Square, the newly opened Hannyatou in Fremont and other watering holes. The brewery’s sake lees (kasu) has also achieved a good reputation and is sold at local fish shops. Seattle Fish Guys in the Central District has just started selling cod pickled in the brewery’s junmaishu sake.

Washing, soaking
Wash the rice and let it soak in water.

Steam rice
Steam after the rice absorbs the appropriate amount of water.

Koji production
The essence of sake, koji, is made from the steamed rice.

Moromi mash
Moromi is the condition of the brew before it becomes sake. Steamed rice, koji, yeast mash and water are added to the fermentation tank and fermented for 20 to 30 days.

Separating moromi and kasu
Once the fermentation is finished, the pressed moromi sake and sake lees (kasu) are separated.

Storage, maturation, preparation
Unprocessed sake (genshu) is stored and aged for a certain amount of time. The teaste should mellow. The matured genshu is then prepared for each brand.

Bottling
The sake is then placed into clean bottles, put through a heat treatment (sterilization enhances the product’s storability) and we’re done! 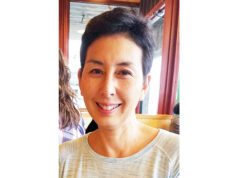 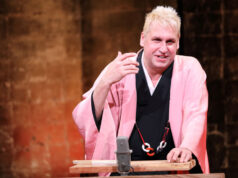 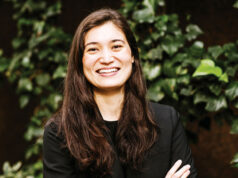