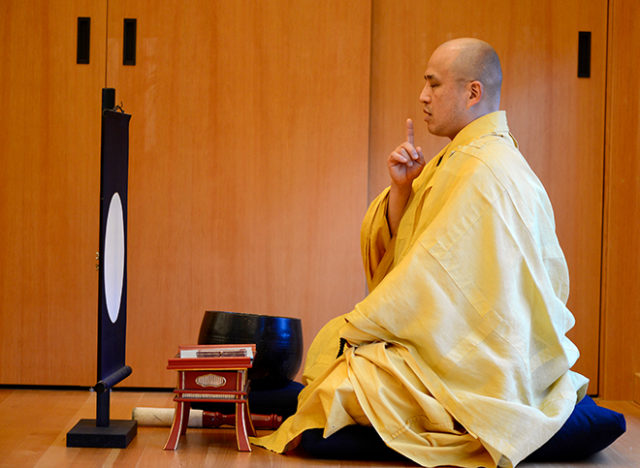 * Seminar room door opens five minutes before each program.
* Programs are as of June 20th and may change.

“Kolobok, The Little Roll“ is a Russian folktale about a rolling bun that escapes from an elderly woman’s oven. As he rolls out of the house, he meets Robert the bird, a bear, and an owl while singing a delightful tune. As he arrives near the end of his journey, he meets a hungry fox along his path… This puppet show is for babies, toddlers and kids of all ages. Come and join their interactive puppeteering.

Learning about Koji; the culture in the center of Japanese traditional fermentation. Sullivan will discuss the wonderful benefits of food fermented with Koji, and will introduce Japanese traditional ingredients such as Miso, Soy Sauce, and Amazake as well as applications of those ingredients in American kitchen and table. Workshop is not totally hands-on, but some tasting will be involved.

One of the more anticipated events at Japan Fair this year is the sake-tasting seminar led by Sachiko Miyagi. During the 50-minute seminar, Miyagi will attempt to demystify the famous brew. “There is so much variety,” she says, “so many flavors and types such as koshu, sparkling, ginjo and daiginjo.”

In a recent phone interview from her home in Los Angeles, Miyagi explained that things like the temperature and the drinking vessel affect sake greatly. “For every 5 degrees Celsius, sake has a different name,” she says. “There’s hitohada, atsukan, hanabie … it’s very poetic.”

During her lecture, she’ll talk about the ways a drinking vessel can affect a sake’s taste and give some tips for drinking sake at home or in a restaurant. “In Seattle, we are very lucky,” says the former Seattle resident who recently moved to L.A. to take a job with Mutual Trading. “If you go to the Uwajimaya in Bellevue and see the collection of sake, it would be very hard to find that sort of thing in a Tokyo supermarket.”

Right now, Miyagi says she is enjoying the array of sparkling sake hitting the market. “I may have some special sake as a reward for making the lecture,” she says, but she also notes that sake-tasting will be done throughout the Japan Fair at the Mutual Trading and Co-Ho Imports booth. If you miss the seminar, stop by the booth for a chat and some sake.

The seminar is first-come, first-served on Saturday at 2:50 pm. It’s free and open to anyone who is at least 21 years old.

Ro Higashi is a Seattle-based manga artist and illustrator, working on an upcoming original WEBTOON called Half of the Crown. Her character designs have placed a few times in Sakuracon’s Mascot Contest, and she loves to speed draw anime versions of Seattlelites. At her Japan Fair seminar, you can learn basic drawing tips to give your manga character design some personality and depth. Come practice some of the current trends that can make your character cool or cute!

The first day of this year’s Japan Fair — July 7th — is also Tanabata, one of the most famous festivals of the traditional Japanese calendar. To celebrate this serendipity, University of Washington Professor Paul Atkins will offer a free lecture on the Tanabata legend at the fair.

Tanabata, based on a Chinese legend, commemorates two lovers, the Weaver Girl and the Herder Boy, who were turned into stars (Altair and Vega) that meet in the heavens only once a year. Altair is in the Aquila constellation; Vega, also known as the harp star, is in the Lyra constellation.

Today in Japan, Tanabata is an occasion for writing down your wishes on strips of paper and hanging them on bamboo trees. Colorful streamers adorn the exteriors of homes, businesses and city streets.

For centuries Tanabata has been an important topic in Japanese waka poetry. Atkins will explain the rich history of the Tanabata festival and why it has inspired poets through the ages.

Atkins is professor of Japanese and chair of the Department of Asian Languages and Literature at the University of Washington.  His field of expertise is classical Japanese language, literature, and culture.

Rubin vs Davisson: a translator battle

How will literary translator and academic Jay Rubin fare when he has to translate dialogue bubbles from Shigeru Mizuki’s Kitaro series, a body of work he has never read? And will manga translator Zack Davisson do justice to passages of the ever-popular novelist Haruki Murakami? Those will be the questions answered at this bound-to-be popular workshop at 4:10 pm on Sunday at the Japan Fair.

Rubin and Davisson did a version of this workshop at Sakura-Con to wide acclaim, and those who couldn’t attend have clamored for an encore. This time around, the two translators will prepare new translations to compare with the published versions.

Rubin is publishing a new anthology of Japanese literature later this fall. He is best known for translating some of the most popular novels and short stories of Haruki Murakami, but he has also published Natsume Soseki and other turn-of-the-century Japanese writers. Davisson translates a wide range of Japanese comics, including the works of Shigeru Mizuki, and has written a series of books on Japanese folklore. The two will take questions about their craft and talk about the differences and similarities of translating Japanese fiction and manga. The workshop is free and open to the public. No prior registration is required.