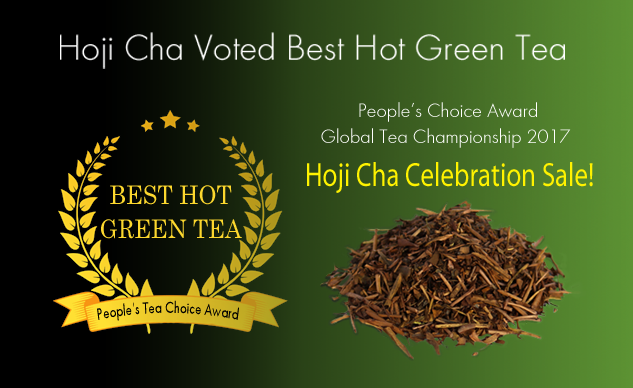 At the recently concluded People’s Tea Choice Awards at the Global Tea Championship hosted by the World Tea Expo in Las Vegas, Hoji Cha (roasted green tea) of Sugimoto America was voted as the Best Hot Green Tea. Sugimoto America is a subsidiary of Sugimoto Seicha, a Japanese green tea maker in Shizuoka. Its US office is located in Seattle.

The Global Tea Championship is an independent tasting competition during which tea industry experts taste and voted on the quality, taste and appearance of nearly 1,000 commercially sold teas from around the world. Expo attendees tasted and voted on leading teas in eight categories including hot black tea, hot green tea, hot herbal and foodservice iced tea. Kyohei Sugimoto, President of Sugimoto America stated “This is a great milestone for us” in the company’s press release. Sugimoto’s tea is crafted with organic local farms in Shizuoka. Kyohei emphasized the quality of their tea and importance of Farm-Direct sources.