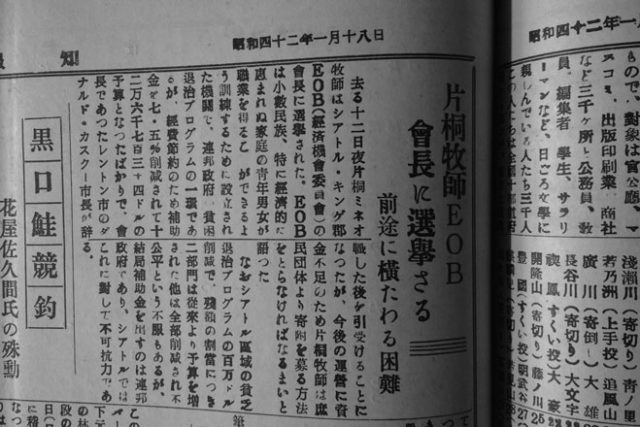 Rev. Mineo Katagiri was elected chairman of Seattle King County’s Economic Opportunity Board on Jan. 12. The EOB was founded to provide job training for youth whose families are minorities and are low-income. It is a federal institution to support low-income individuals, but its budget has been recently cut 7.5 percent at $126,734. Rev. Katagiri will take over for former chairman and Renton Mayor Donald Custer, but said that he must request donations from local organizations to manage the EOB in this situation.

The budget for the low-income support programs in the Seattle area was cut $1 million. Therefore, almost all the sections decreased budgets except for two, which sound unequal, but Seattle has no choice as long as the federal government funds the subsidy.

Saying Goodbye to a Special Tomodachi

The Present and Future of The North American Post

From a Weekly to a Semimonthly