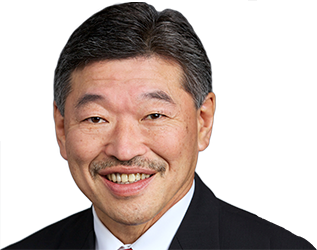 State Senator Bob Hasegawa announced this week that he is entering Seattle’s mayoral race. Hasegawa, a lifetime Beacon Hill resident and a third-generation Japanese American, announced his candidacy in front of the Wells Fargo Center in part to emphasize his call for a city-run bank to better manage Seattle’s money. Hasegawa made his announcement a day before current Mayor Ed Murray announced his decision to not run for re-election as he has been under a cloud of sexual abuse allegations.

Others who have announced their candidacy include former Mayor Mike McGinn, activist Cary Moon, and educator Nikita Oliver. “Our city has changed so much. We need to rebuild that sense of community where we have each others’ back,” Hasegawa said in a campaign statement.

Hasegawa started his working career as a union truck driver for United Parcel Service. He said the experience taught him the importance of unions and of collective bargaining. The state senator was a delegate for Bernie Sanders in the last presidential election. “I think our city does have some problems right now, which the Bernie campaign talked about all last year,” Hasegawa said in front of the Wells Fargo Center on Tuesday. “The problems of inequality in income and security. Feeling like the system is rigged … There is a lesson to be learned from the last presidential election. People are tired with the system being rigged against us.” Hasegawa talked about his family’s incarceration during World War II. He says that experience made him realize that “civil rights are precious; freedom is precious. And we have to do whatever we can to protect our freedom and civil liberties.”