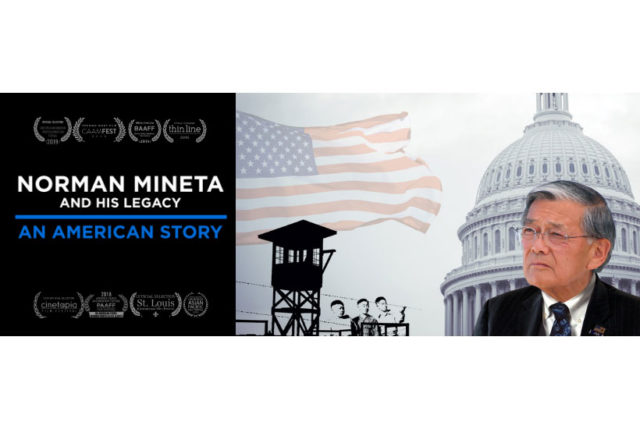 The Pacific Northwest will have a unique opportunity to meet a man of many “firsts” in American politics, on Sunday, November 10 from 1:30 pm to 3:30 pm at University of Washington Kane Hall.

Mineta will accompany the recently-released documentary, “Norman Mineta and His Legacy: An American Story” along with film co-producer Dianne Fukami and Debra Nakatomi. During the Cold War and before beginning his political career, he served in an intelligence unit of the U.S. Army. The hour-long film details his modest upbringing and his family’s removal to a World War II mass-incarceration camp. In Congress, he was instrumental in achieving Japanese American redress through the passage of the Civil Liberties Act of 1988. Particularly notable are his past and ongoing efforts to seek justice for all – especially aspiring and new arrivals struggling to survive by migrating to the United States. Remaining faithful to his personal history and his identity as the son of immigrants will certainly stand out as major themes of Mineta’s enduring legacy.