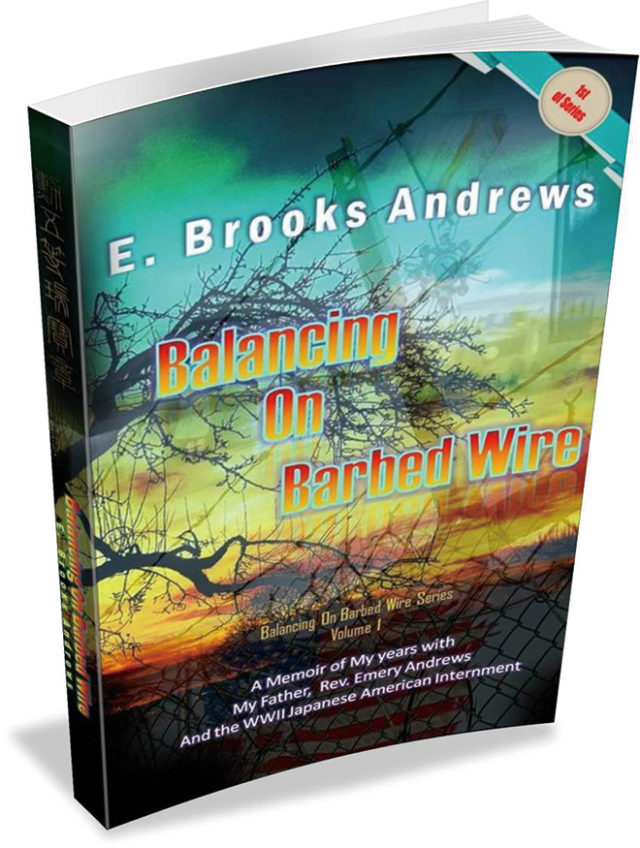 Rev. E. Brooks Andrews, a community member well known for his participation in the Minidoka pilgrimages and his ministry at the Japanese Baptist Church in Seattle released the first volume of his memoir, “Balancing on Barbed Wire,” last weekend. The book describes Andrews’ childhood as the son of Rev. Emery Andrews, who served as the English pastor at the Japanese Baptist Church from 1929 to 1955. The elder Andrews is remembered fondly by Japanese Americans for his assistance at the time of their incarceration during World War II.

“The Minidoka story is my own story,” explains Andrews in the forward to “Balancing on Barbed Wire,” “I own it now. I became aware of how Minidoka paralleled my own story of isolation, imprisonment in depression, longing for validation from my father, struggling to find myself. It was like balancing on barbed wire. The accolades given Dad, which I resented, because, at the time they reminded me that the community had taken my father from me, turned into understanding and acceptance.”

As a young white boy whose family circumstances led him to be intimately involved with the Japanese American incarceration, Andrews’ story is unique in its perspective and heart. His book is frequently interspersed with nostalgic photos of his family, local landmarks, Japanese American children and their famous “Blue Box” car. He remembers the appreciative letters his parents were sent, the meticulously organized boxes and furniture in the church gymnasium and the long, grueling hours driving between Seattle and Minidoka to transport sewing machines and warm clothes to Japanese American incarcerees.

Andrews’ next two books, “The Valley of Weeping” and “The Longest Journey,” will chronicle the reverend’s time as a child in southern Idaho as well as his more recent struggles with depression, his estrangement from his father and his healing and spiritual journey thereafter.

Maneki bartender Fu-chan has seen it all