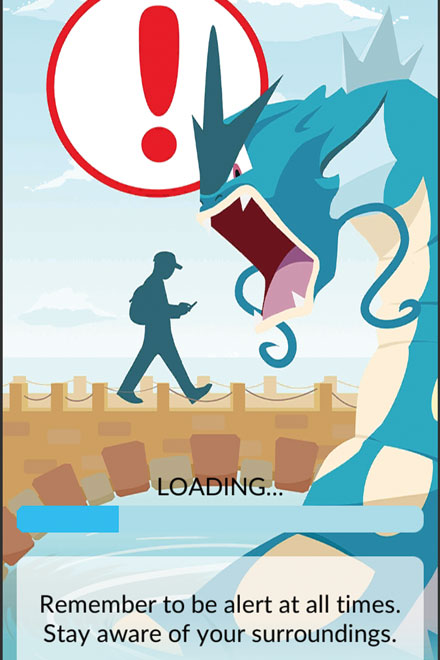 Taking the global smart phone app market by storm, Pokémon Go has people seeing more sun this summer just to nab a few of those first generation Pocket Monsters. Journalists across America are talking about how this 20-year old franchise has now changed the lives of adults and children alike with its new augmented reality game. Some comment how it has done what Fitbit, a wireless fitness tracker, could not in how it has brought people outside to walk, run and travel by any other means to two kilometers or more in order to hatch in-game eggs.

While the game is connecting millions of people to one relatable subject across ages, much controversy has surfaced against the game for its GPS mechanic. PokéStops, which are landmarks ranging from public art, murals, notable buildings and parks, and areas where the Pokémon, collectible in-game creatures, can be visited in real life to obtain things within the game.

However, some organizations and communities have banned Pokémon Go on certain premises such as the Auschwitz-Birkenau State Museum, United States Holocaust Museum and some cemeteries in respect for the historical significance and solemn nature of each location. Players have even been reportedly gotten into car accidents, walked across rail tracks, gathered outside of homes and fire stations and so on. Even reports of robberies subsequent of individuals walking about alone with their smartphone out have arisen.

Pokémon Go has proved to be a revolutionary game and likely will continue to change the way people interact and find entertainment. It has already surprised some with new knowledge of local landmarks and history through PokéStop locations. But users be warned: playing the game is no excuse to ignore safety and respect for local businesses. Be careful, be aware of surroundings and use common sense to avoid potential accidents and trouble.