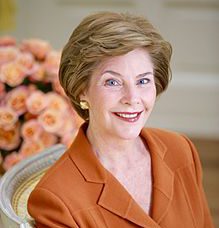 by M. Matsuzawa, NAP board member

On Fathers Day (June 17, 2018), former First Lady Laura Bush published an opinion in the Washington Post Newspaper about families traumatized by the incarceration of thousands of Japanese American by our government. She points out the similar happenings with the immigrants seeking legal asylum into the US.

In 1942, my family was affected by Executive Order 9066, the incarceration of Japanese Americans which is acknowledged as a “grave injustice” motivated by racial prejudice, war hysteria and the failure of political leadership. Decades later in 1988, President Reagan signed the Civil Liberties Act to compensate more than 100,000 people of Japanese descent who were incarcerated in American concentration camps during World War II. The legislation offered a formal apology and paid out $20,000 in compensation to the surviving victims. I wonder if history will repeat itself again?

Yet, the incarceration trauma lingers to this day, in one form or another in many Japanese American families. What the Trump Administration is doing to these immigrant families will linger for a lifetime, and be a dark stain again for America.

Washington State Attorney General Bob Ferguson is challenging the Trump Administration’s policy of forced family separation on the U.S. southern border with a lawsuit. The stupidity and ignorance professed by some politicians and their supporters of Trump is rooted in xenophobia and a brutish belief that somehow they’re different and not human. Challenging such thought and behavior is an expectation of a civilized humane society. I hope that America learns from history. Remember the Trump policy is arbitrary and we should choose a better solution, and it starts with making your opinion heard.

by Laura Bush, former first lady of the United States

On Sunday, a day we as a nation set aside to honor fathers and the bonds of family, I was among the millions of Americans who watched images of children who have been torn from their parents. In the six weeks between April 19 and May 31, the Department of Homeland Security has sent nearly 2,000 children to mass detention centers or foster care. More than 100 of these children are younger than 4 years old. The reason for these separations is a zero-tolerance policy for their parents, who are accused of illegally crossing our borders.

I live in a border state. I appreciate the need to enforce and protect our international boundaries, but this zero-tolerance policy is cruel. It is immoral. And it breaks my heart.
Our government should not be in the business of warehousing children in converted box stores or making plans to place them in tent cities in the desert outside of El Paso. These images are eerily reminiscent of the Japanese American internment camps of World War II, now considered to have been one of the most shameful episodes in U.S. history. We also know that this treatment inflicts trauma; interned Japanese have been two times as likely to suffer cardiovascular disease or die prematurely than those who were not interned.

People on all sides agree that our immigration system isn’t working, but the injustice of zero tolerance is not the answer. I moved away from Washington almost a decade ago, but I know there are good people at all levels of government who can do better to fix this.
Recently, Colleen Kraft, who heads the American Academy of Pediatrics, visited a shelter run by the U.S. Office of Refugee Resettlement. She reported that while there were beds, toys, crayons, a playground and diaper changes, the people working at the shelter had been instructed not to pick up or touch the children to comfort them. Imagine not being able to pick up a child who is not yet out of diapers.

Twenty-nine years ago, my mother-in-law, Barbara Bush, visited Grandma’s House, a home for children with HIV/AIDS in Washington. Back then, at the height of the HIV/AIDS crisis, the disease was a death sentence, and most babies born with it were considered “untouchables.” During her visit, Barbara — who was the first lady at the time — picked up a fussy, dying baby named Donovan and snuggled him against her shoulder to soothe him. My mother-in-law never viewed her embrace of that fragile child as courageous. She simply saw it as the right thing to do in a world that can be arbitrary, unkind and even cruel. She, who after the death of her 3-year-old daughter knew what it was to lose a child, believed that every child is deserving of human kindness, compassion and love.
In 2018, can we not as a nation find a kinder, more compassionate and more moral answer to this current crisis? I, for one, believe we can.