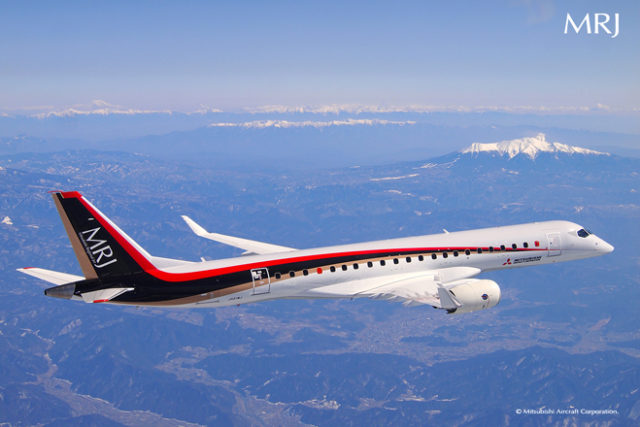 Before the Mitsubishi Regional Jet takes off on its first official flight, it will have its own museum.

The MRJ is currently doing flight tests at a Moses Lake testing site in western Washington. The jet is about two years away from completion, but the museum is part of a concerted effort on the part of the Japanese government to turn the Chubu region around Nagoya into an aviation industry hub.

The MRJ Museum will open on November 30 inside Mitsubishi Heavy Industries’ Nagoya Aerospace Systems Works, where the 95-passenger plane is being assembled.

The museum will feature a real-size flight deck and passenger cabin as well as a video presentation that introduces the latest technology used in the plane. Other features include a display of the main wing and vertical tail, wooden mock-ups of the engine and pylon, and an introduction to some of the more than 850 tests done to the MRJ before it is ready to carry passengers.

Nearby, the Aichi Museum of Flight will also open on the same day.

Visitors to the MRJ Museum must make reservations ahead of time at Mitsubishi Heavy Industry Website (MRJ Museum). An English-language tour of the museum is offered once a day from 11:20 to 12:50. The museum is closed on Tuesdays. Tickets are less than $10, or about $12 for both the MRJ Museum and the Aichi Museum of Flight.