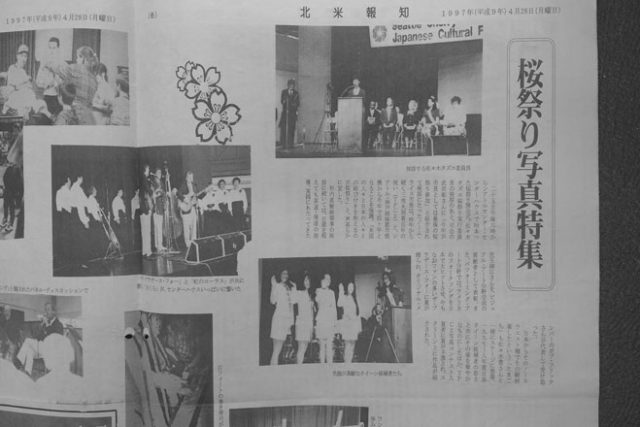 After a speech by Council General Naotoshi Sugiuchi, Hosoe Kodama, who has taught and practiced tea ceremony and flower arrangement even at over the age of 100, was recognized for her contributions to the visual art cultural exchange. Also, The Brothers Four, which has popularized American folk songs and still have many fans in Japan, received the Performing Arts Award. Band member Bob Flick represented the group to receive the award.

In addition, “Tamagotchi,” a Japanese character of a popular portable game, arrived in Seattle in the morning by Northwest Airlines and was introduced on the stage by Yutaka Sasaki of the festival committee. The 1997-1998 Japanese Community Queen candidates were also on the stage. The prizewinners of the photo contest also received trophies as their pictures were displayed on screen.