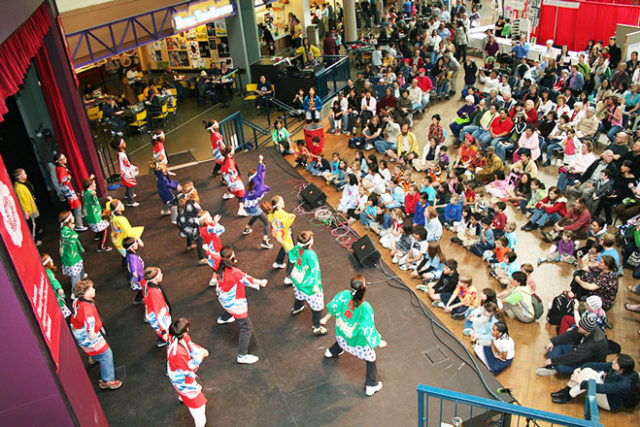 The 42nd annual Seattle Cherry Blossom & Japanese Cultural Festival will celebrate all aspects of traditional and modern Japanese culture. This year, the event will be held from 10 a.m. to 6 p.m. on April 21, 22 and 23 at Seattle Center’s Fisher Pavilion and Armory.

The event will celebrate the 20th anniversary of Seattle Center Festál, which has featured global music, dance, art, crafts, history and food presented through a unique partnership among community organizations and Seattle Center.

“Festál provides a stage and platform for them to share their traditions, accomplishments and artistic expression,” the city states. “Festál events captivate and enlighten festival-goers as they experience the distinct cultures that shape the character and course of our broader community.”

In celebration of Festál Turns 20, the festival will feature a re-enactment of the 1997 Guinness record title in the category of “Longest Sushi Roll.”

Japanese special guests to the event will include Japan’s Cultural Envoy Fujima Rankoh, which will introduce a traditional Japanesedance form. Singing Sparrows, a women’s gospel choir from Kobe, will perform in celebration of the 60th anniversary of the Seattle-Kobe sister city relationship.

The festival will also feature the community’s hapa heritage as rapper Aisha Fukushima joins a forum.

The annual cultural event originated in 1976 on the bicentennial celebration in the United States when Prime Minister Takeo Miki donated 1,000 cherry trees to Seattle. Local community groups, including the Japan-America Society of the State of Washington, Japanese Community Service in Seattle and Shunju Kai (now the Japan Business Association of Seattle), presented their stone lanterns to Seward Park and featured local cultural performances.

The annual event was relocated to Seattle Center in 1978 after an event cancellation due to weather, and the current focus on Japanese culture began later as the center’s first ethnic festival and the oldest partnerof the Festival program.

Dozens of local community organizations and individuals will feature foods, activities and performances in their booths and on stages in the two main buildings. The 34th Washington State Japanese Speech and Skit Contest will be held at 9 a.m. to 4 p.m. on April 22 at the Armory’s Loft 3.

“To all who walk along Seward Park and Lake Washington, these trees should serve as an additional reminder: from strawberry fields on the Eastside to the restaurants and hotels of Nihonmachi, Seattle would not be the successful and culturally rich city it is today without the significant contributions of Japanese Americans over the past century,” Murray said.

Cherry blossoms have been a key component of the festival since Seattle has such strong ties with Japanese cherry trees beginning with the 3,500 trees donated by the local community in 1929. Current Japanese Emperor Akihito also planted a single cherry tree when he visited Seattle in 1960.

In 2010, commemorating 150 years of U.S.-Japan relations by the ratification of the Treaty of Amity and Commerce, Ambassador Ichiro Fujisaki and his wife Yuriko visited Seattle and celebrated 50 years of the Seattle Japanese Garden with the emperor’s cherry tree. In April 2011, Seattle’s cherry blossoms made a historic trip to the International Space Station.

In December 1913, the soul of the emperor’s cherry tree was transferred to a scion, which was planted next to Fisher Pavilion.

More information about the festival can be found at www.cherryblossomfest.org or www.seattlecenter.com.