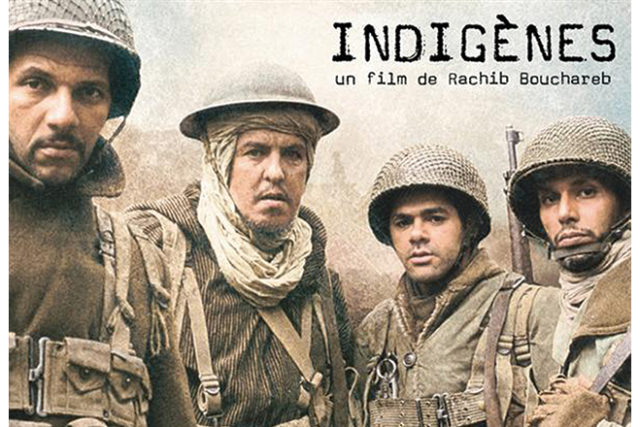 In the book, “Letters from the 442nd,” local Nisei medic Min Masuda mentions treating a French-speaking soldier in a letter home to his wife, Hana. It is interesting to speculate on who that patient might have been. It is possible that he was an Arab or Black Muslim, French-colonial soldier from North Africa. These troops, largely forgotten today, have their own story, which parallels that of the Nisei soldiers in Europe.

To begin telling the tale of the Muslim soldiers, it is important to remember that during World War II, there was no “French army.” The army that had existed was quickly defeated or captured during Hitler’s tank “blitzkrieg” of France in June 1940.

In 1943, as the Allied campaign to reclaim western Europe began, the French turned to the only men they had available in large numbers who could help them re-take France: the men of the North African French colonies. These men spoke French, in addition to Arabic or tribal languages. They could sing French anthems by heart. Indeed, they saw themselves as French, a belief that was emphasized by the army recruiters.

One hundred fifty thousand North Africans rose to the challenge, fighting their way from Italy to “the homeland” alongside other Allied troops. As they approached and re-occupied France, however, the Africans began encountering the contempt with which they were held by many French nationals. Their white-skinned officers were promoted while they—the “wogs,” as they were called derogatorily—were not. No matter how valiantly the men fought, they could not escape the non-white hues of their skin.

The men learned that they were “second-class” French. They were French enough to die for France, but not French enough to be granted home leave, served tomatoes, nor paid back-wages owed post-war like other French soldiers. For this, they had fought in their desert sandals in the snow of the Vosges Mountains. The famed French principles of “liberté, egalité, fraternité” did not apply to them. To add insult to injury, in the wake of victory, the rewards and recognition promised the colonial soldiers evaporated.

Most outrageous was the treatment of Senegalese veterans, who protested for back wages at Camp Thiaroye (now Dakar) in December 1944. About fifty were massacred by machine gun.

Today, the story of the Muslim soldiers is mainly remembered in cemeteries. At least one village in the region of Alsace, on the eastern border of France, is surrounded with the graves of those who died helping American troops of its 37th infantry hold it.

One has to wonder if the seeds of discontent among Muslims in France today, which have led a few to join ISIS, were planted during those distressing post-war days. A May 12 NPR story on the opening of a much-needed museum on French immigration captures the sentiment.

One French Muslim is quoted, “What do we have to do to be French? Dye our hair blonde?”

The museum is seen as filling a gap in how French history is taught to French students in schools. For example, its antiquated emphasis on the reigns of “the Louis’s” (Louis I-Louis IV, AD 813-954) leaves white students clueless on who the multi-generational non-whites they see daily in French society are, and how they came to live in France.

Perhaps the only bright side of the story of the North African WWII soldiers is how the “Sansei and Yonsei” descendants of those soldiers rescued it from loss. On finding the tales of their grandfathers missing from French history books and military sources, they began by interviewing scores of veterans. They then shared the tale with the world in a film, “Days of Glory (Indigénes),” that follows four fictional soldiers from their enlistment in Algeria, to Morocco, to Eritrea, to Italy, and finally to France (Provence, Rhone Valley, Vosges, Alsace). The lead actors are all established French-Muslim professionals from French cinema.

Five copies of “Days of Glory” are available on the French-language DVD shelves of the Seattle Public Library. The DVD jacket appropriately describes the film as a North African “Saving Private Ryan.” It displays its “Best Actor” award from the Cannes Film Festival.

The DVD includes the main feature, a “making of the film” documentary, and an accompanying related short film, likely used for recruiting talent and fund-raising.

Sister Port Relationship between Kobe and Seattle to Begin in May...