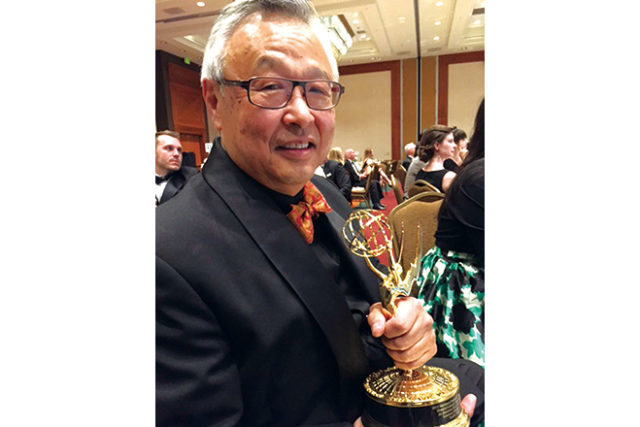 In the 53rd annual Northwest Emmy Awards, the Seattle Channel, which engages and informs the people of Seattle with various matters of the city, was recognized with two awards on June 4.

Receiving one of the two regional Emmys, the animated short film “An American Hero: Shiro Kashino” won in the historic/cultural program/special category. Notably, the short film was written by local Japanese American poet Lawrence Matsuda and based off of the graphic novel, “Fighting for America: Nisei Soldiers,” also written by him and illustrated by Matt Sasaki. The film is produced and directed by Shannon Gee, animated by Randy Eng with sound design and audio engineering by Thomas Cavit. The feature can be watched at <http://seattlechannel.org/CommunityStories?videoid=x59988>.

Seattle City Council President Bruce Harrell shared his thoughts on Seattle Channel, stating that it “is a catalyst that helps bring people together and develop a better understanding of our changing city.”

“The station’s inclusive programming,” he continues, “features a variety of voices on subjects ranging from public policy to the people and cultural traditions that comprise Seattle.”

One such voice is Lawrence Matsuda, who shared his hope to “catch this big one and bring it in” after receiving the nomination, relating his apprehension to having “lost big King Salmon” and “gone fishing and not gotten a bite.”

Having received the award, Matsuda is hopeful that the film’s success will “encourage young Asian Americans to think about careers in television.” The Japanese American experience of World War II is so often omitted and pushed under the rug in American history, but its importance is clearly demonstrated in Shiro Kashino’s story as told through the short film.

Matsuda voiced his pride in all who helped create the animated short film and his gratefulness for the award.

According to Matsuda, the Wing Luke Museum and NVC Foundation plan to animate the second chapter of “Fighting for America: Nisei Soldiers,” featuring Frank Nishimura’s story.