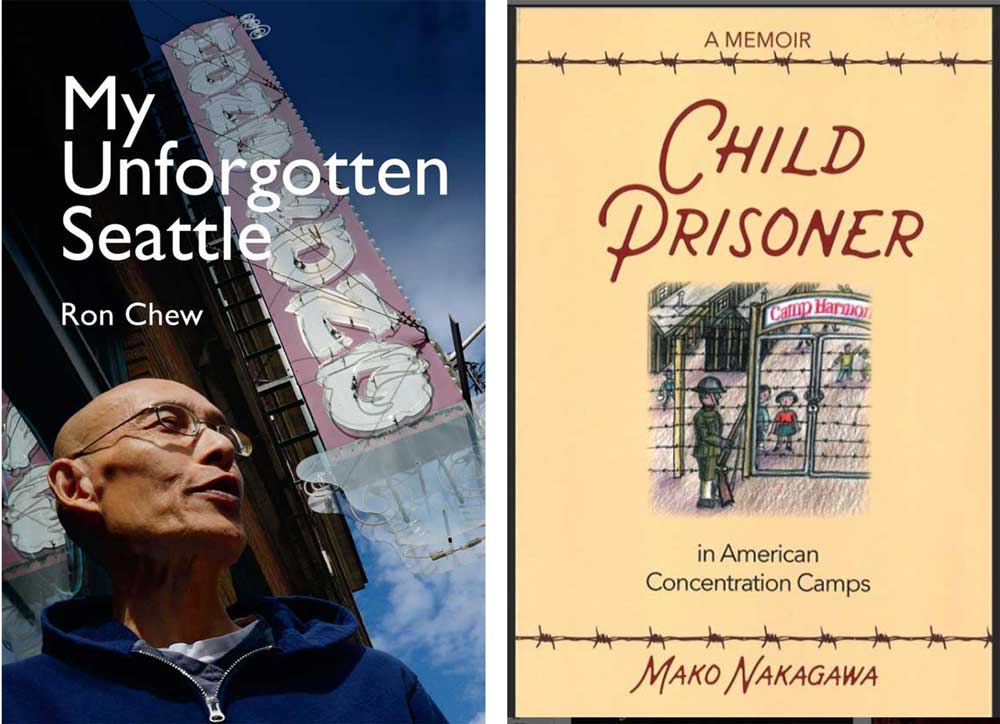 Ron Chew on the NAP

“One newspaper serving Japanese Americans was the North American Post. There had been several others, but they all vanished before I entered the profession. The Post was founded in 1902 and published daily until 1942. It resumed publication in 1946. It was located in a musty, old office on South Jackson Street and accessed by way of a steep flight of stairs from the street. As the Japanese-fluent population began to dwindle, the newspaper began publishing in both Japanese and English. Under the prodding of Tomio Moriguchi, an all-English newspaper called Northwest Nikkei tried to make a go of it in the 1990s. I served as an advisor. It lasted as a separate publication until 1996. Then it became the English section of the North American Post.” (“My Unforgotten Seattle,” p. 290)

The book describes the experiences of her family during World War II, beginning in 1942, when Mako was five years old. Mako’s father was taken by the FBI from their home and her mother and three sisters were incarcerated in concentration camps for four years. Mako’s stories bring to light the prejudice, war hysteria, and failed political leadership that impacted American citizens of Japanese ancestry.

Mako’s experiences after the war are also included. One story that moved me was how Mako assisted her 87-year-old father with his testimony during one of the public hearings held by the U.S. Commission on Wartime Relocation and Internment of Civilians, established in 1980. The commission’s purpose was to study Executive Order 9066 that directed the U.S. Government to incarcerate 120,000 Japanese Americans. Mako’s memory of her father’s testimony was both uplifting and heartbreaking.

Mako’s book reinforces for me the importance of today’s work for civil and human rights. Mako’s writing speaks to personal courage and the effectiveness of storytelling to spark change.

Joy Misako St. Germain is a Nisei offset in time. Her unique family history is a 3-minute video at “My Story Project,” bellevuewa.gov.