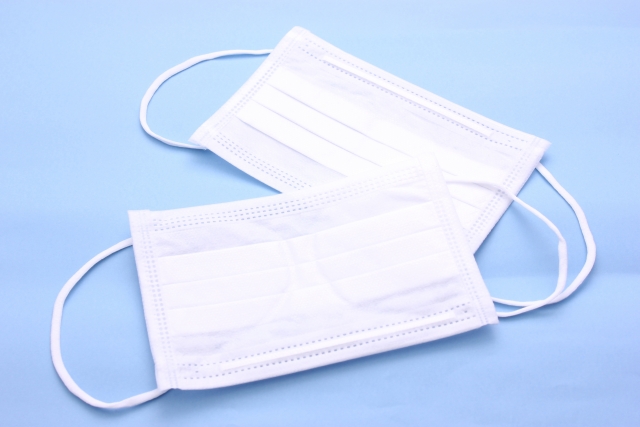 by Mick Matsuzawa, N.A.P. Board

In today’s COVID-19 environment, seeing people wearing facemasks around town is becoming more commonplace every day. But, it’s nothing like in Japan. Recently, I asked a sampling of Seattle food workers what their policies were regarding the wearing of facemasks or food shields in their work places. Most of them voiced concerns about their company wanting to avoid having their food handlers appear diseased or sick when interacting with customers. The consistent responses that I received from each of them made me wonder whether a negative stigma against facemasks now exists in our community.

These days, when you watch the news, the wearing of facemasks is a familiar sight in Japan and other Asian countries. But, wearing a facemask in Japan and in the U.S. seems to be rooted in different cultural perspectives. Anecdotally, wearing a mask in America is often associated with the likes of bad guys robbing old time stagecoaches or current day banks and stores. In Japan, by contrast, residents are more familiar with the mercenary ninjas, who covered their faces with masks so that they could hide their identities as they went into battle.

Thankfully, both cultures acknowledge the hygienic needs of wearing a facemask. No surgeon in either country would think of going into an operating room without a facemask and appropriate PPE (Personal Protective Equipment) – not only for the protection of their patients but also for the doctors and surgical staff. But why are the Japanese apparently more accepting of wearing facemasks? One of the reasons may be that they think of themselves as a socially-collective culture. A long held belief in the country is that, “The nail that sticks out gets hammered.” Residents would rather blend into their community than be seen as an outlier who could be spreading germs to everyone if they are ill. Wearing a facemask is good for the welfare of everyone around them, so they feel it is worth the effort. Some Japanese, in contrast, are reluctant to face the outside world. In a crowded city like Tokyo, a facemask tells others that “I’m in my own bubble and I don’t want to socialize.” It is similar to people who walk around wearing headphones in the U.S.; they would rather just go about their business and not be bothered by those they encounter. Depending on the season, a lot of Japanese have hay fever and are also allergic to pollution, so they wear a facemask. Japanese women sometimes want to go out, but hate to put on makeup. Rationalizing that their faces need a break, they wear a facemask instead. Bottom line, wearing a facemask is very common and socially acceptable in Japan.

Meanwhile, here in the states, things are a little different. In a recent visit to a local warehouse store near my home, I noticed a number of facemask-wearing customers – not a lot, but enough to catch my attention. Prior to this particular visit, I couldn’t recall ever seeing anyone wearing them. With the increasing prevalence of persons wearing facemasks, it made me wonder whether Asians were being unfairly targeted for wearing them in the U.S. Lately, the media presents an ongoing shortage of PPE, while at the same time showing Asians walking around wearing the same facemasks that are badly needed in the medical centers. Asians represent a smaller percentage of the population, so why do anything to advance the stereotype that they are the only parts of our population who are wearing them? Are they consciously trying to create the perception that the coronavirus, Asians, and facemasks are somehow interconnected?

While watching the news, you have probably seen incidents where Asians are being assaulted in the subways and on neighborhood streets simply for being “Asian.” According to current crime statistics, there has been an actual rise in hate crimes and fear mongering that is targeted toward this ethnic group. It doesn’t help that anxiety and fears are exacerbated when President Trump and other politicians call COVID-19, the “Chinese virus.” Asian Americans know that this is a “dog whistle” that is clearly linked to racism. When the dominant culture starts to define a negative perception of humans based on something as innocuous as facemasks, it serves to perpetuate stereotypes and promote prejudices. To combat these misperceptions, it becomes incumbent upon all of us to stop, pause, and practice corrective actions if we are to survive as a pluralistic nation going forward.

In the meantime, while all of this plays out, please remember to systematically wash your hands with soap and water and refrain from touching your face, eyes, nose, or mouth. Also, maintain an adequate physical distance until a vaccine is developed. Keep in mind, there is a shortage of medical-grade facemasks. Workers in the medical field, first responders, and those who provide essential services to keep our way of life from collapsing, desperately need facemasks until the supply chain is replenished. COVID-19 doesn’t discriminate. Should you?

For a better understanding of the difference between facemasks and respirators, please check out: https://www.cdc.gov/coronavirus/2019-ncov/hcp/respirator-use-faq.html

The culture even Covid-19 can’t contain