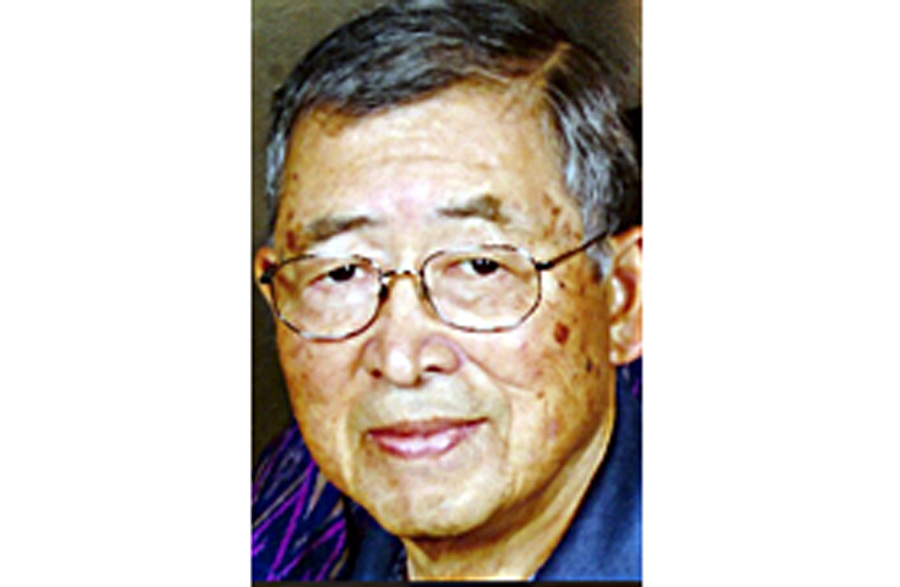 “When my kids ask me what I was doing during the war, I can only say that I was a soldier,” said Robert (Bob) Sato.

He was a sergeant in the famed 100th/442nd Regimental Combat Team, a segregated Japanese-American army unit that served with pride and distinction during the Second World War. Like many other Nisei, he has a lot to say about what happened, but is more reticent when it comes to talking about his own feelings during those difficult times.

Bob Sato was born in Fife, near Tacoma. In early 1942, he and his family had to leave their family farm and were sent, first, to the Camp Harmony Assembly Center in Puyallup, Washington, and then to the Minidoka Relocation Center in Hunt, Idaho. His older brother volunteered to join the Military Intelligence Service Language School, in Camp Savage, Minnesota, but Bob stayed in Minidoka to finish high school. The next year, on D-Day, June 6, 1944, Bob was drafted into the Army and sent to Camp Shelby, Mississippi, for his basic training.

“It was probably the shortest training in history,” he recalled. “Only a couple of months!” and they were then shipped to Europe and sent into battle. He landed first in Scotland and went with his unit to Italy and then to France. In November, they advanced to an area some 50 miles west of the Rhine River.

“It was just like around here, with the fir trees and everything. So, there is nothing to hide behind when they cut all the trees. And in the winter, just like here, it rained and it was cold,” he recalls.

What happened there was the battle to save the Texas “Lost Battalion.” During five days from October 25, 1944, to save 211 Texans trapped by the German army, the 442nd suffered over 800 casualties in fierce battles.

Bob questioned the politics behind the military decisions that resulted in such a high casualty level: “[Major] General [John E.] Dahlquist was an ambitious man. He was a friend of General Eisenhower and he needed a good military record.”

Just ten days earlier, the 442nd had fought and won a successful campaign against formidable Germany army forces close to the German border. On October 15, General Dahlquist had ordered the 442nd to take the area around the town of Bruyeres.

The situation as reported by the Seventh Army report states: “Bruyeres will long be remembered, for it was the most viciously fought-for town we had encountered in our long march against the Germans. The enemy defended it house-to-house-to-house, giving up a yard only when it became so untenable they could no longer hope to hold it.”

For their bravery, in 1990 the townsfolk erected a monument and named a boulevard in honor of the 100th/442nd RCT.

The U.S. Army recognized the valor shown by the men of the 100th/442nd. There were 18,143 individual decorations given to members of the unit, including one Medal of Honor and 52 Distinguished Service Crosses (DSC). Recently, approximately 20 of those DSCs and a Silver Star were upgraded to Medal of Honor status, our nation’s highest award for valor.

Bob states, “We were real good fighters. We were spearheading in eight major campaigns.”

According to George C. Marshall, General of the Army, “they showed rare courage and tremendous fighting spirit… Everybody wanted them.”

Bob credits much of the Nisei soldiers’ strength to have been derived from the values given to them by their Issei parents. These values included an emphasis on bringing honor to the family, to oneself, and to the community.

Bob wonders whether Japanese nationals really understand it and appreciate it. Most of the Nisei soldiers from the mainland came from various War Relocation Authority camps and they or their parents knew each other. They acted like a family with a common spirit and purpose while other Americans came from all over the United States.

“Even during the war, we kept the heritage and we had faith in the country.”

When the 100th/442nd RCT marched into Washington DC on July 15, 1946, President Harry Truman welcomed them at the White House.

In presenting them with the seventh Presidential Unit Citation, the equivalent of an award for valor for each individual, he said, “you fought for the free nations of this world… you fought not only the enemy, you fought prejudice—and you won. Keep up that fight… continue to win—make this great Republic stand for what the Constitution says it stands for: ‘the welfare of all the people, all the time.’”

President Truman’s statement also contributed to awareness in the general public that “Asians are out there too,” Bob said proudly.

“But ‘No-No Boys’ (draft resisters) are treated like heroes and I get angered when I hear people criticize Mike Masaoka,” he went on.

The JACL leader tried to persuade Nisei in the [internment] camps to join the army to make a change in order to be treated as Americans.

“He was right. Now you can own land, marriage between different races is okay, and the government apologized. All this happened because of us. If we were all ‘No-No Boys,’ these wouldn’t have happened.”

Bob mentions that the actions of the 100th/442nd influenced the nation. He pointed to Asian-American leaders like Senator Inouye and the present Chief of Staff of the Army, General Eric Shinseki from Hawaii.

“A lot of progress was made in historical context and we should be proud.”

Bob criticizes the actions of the “No-No Boys” but he also states that he has friends among them. He added, “it was a profound history.”

In recalling his youth, Bob said that his mother told him to work twice as hard as the next person. His father told him that America was his country and that he had to act accordingly. Bob admires his father’s courage—for an Issei to say this to him—to keep faith in his country.

During his service in Europe, Bob received only one letter from his dad. In a letter written only in katakana [simple Japanese], his father expressed his appreciation for his son’s visit to the turkey farm in Idaho [where the father may have been on work release] before leaving  for Europe. Bob never mentioned that he was on his way overseas but his father knew somehow.

“We can say that we (both Nisei soldiers and draft resisters) were all victimized by the government’s action, in a sense. The government made a mistake but [later] admitted it. You need to be strong. The education process  takes time but it needs to continue,” said Bob, who shared his sense of American justice and the integrity given him by his Japanese parents.

Most of all, he showed unshakable pride in being a Japanese American.

Editor’s note. This article, the second in the 13-article series, is reprinted from The North American Post-Northwest Nikkei, May 31, 2003. The remaining interviews will appear monthly across 2021.

Music of Remembrance 2017-2018 features music commissions inspired by Japanese and...