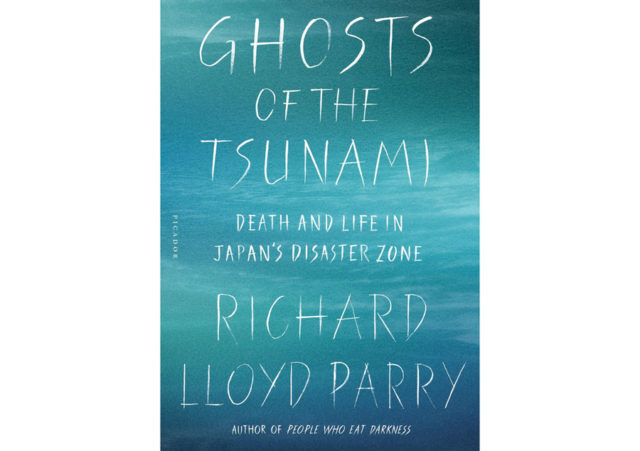 IT HAS BEEN NINE YEARS since the great earthquake and tsunami disaster in Tohoku, northeast Honshu, Japan. A reasonable question to ask at this juncture is, what are the best book titles that are available in English on the topic today?

To begin answering this question, I did what anyone with a mobile phone would do. I went to Amazon books, typed in the above keywords (90 titles), then filtered my search to those rated “four stars” and above by readers (25). The rating system doubles in excluding technical books.

To further shorten the list, I limited my search to books providing general overviews of the topic. These make suitable introductory reading for those new to the topic. I also imposed a price cap of $35. Separately, I also noted which major newspapers reviewed the books.

From the above, it becomes clear that there are three leading titles:

“Strong in the Rain”

This “clear as mud” title stumped me until I learned that it is based on the famous poem, “Ame ni mo makezu” [Be Not Defeated by the Rain], by Kenji Miyazawa, a famous poet from Iwate-ken (SJ, Feb. 14). This is the prefecture that was most hammered by the 2011 tsunami. At that point I was impressed by the depth to which its authors know Japan.

Moreover, reading the two authors’ individual introductory paragraphs reveal that both write well, and are western journalists who have long been based in Japan.

Alas, “Strong in the Rain” was out of print and thus, not widely available, until I was nearly done writing this review (it has since apparently been reprinted and restocked). Accordingly, I will postpone reviewing it here to move on to the remaining titles.

Greta Ehrlich is an American travel writer with eleven books behind her before “Facing the Wave.”

While I have nothing against Ehrlich, reading just this much about her reminded me that I previously reviewed a superb, similar book in this space, “Where the Dead Pause, and the Japanese Say Goodbye” (Marie Mutsuki Mockett,  2015) .

Given the years that have elapsed since, perhaps like other readers I find that I now seek broader coverage. This leaves the title below, to which the balance of this review will be devoted.

“Ghosts of the Tsunami”

The author of “Ghosts,” Richard Lloyd Parry, is the Tokyo bureau chief of The Times, London.

On opening “Ghosts,” the first thing the reader sees is a series of four maps. At first, there is the expected, basic Japan index map showing the locations of Tokyo, Sendai, and Fukushima. However, this is followed by maps increasingly focused on communities along the Kitakami River, the “great river” of Tohoku. In the last two maps, the locations of individual houses are plotted. The immediate impression is that the author knows these communities well.

When one next turns to the text, we learn that during the course of Parry’s work covering the unfolding Tohoku disaster and its aftermath, he made repeated trips there across six years. Yet of all he reported, it was the Kitakami stories that he found the most compelling, and that he felt would stand in best to tell the story as a whole.

What most struck this reader on ensuing pages is how people inland near the center of the disaster simply lacked understanding of the big picture of what was happening during the tens of minutes after the ground stopped shaking. This contributed to the scope of the tragedy: the deaths of 18,500 people.

How it unraveled hits home only when the smaller stories of individual families are sketched in detail:

“Sayomi Shito was curly-haired round-faced, and bespectacled, an unabashed confiding woman in her mid-forties….”

Of her youngest daughter, “born on Christmas Eve 1999,” she says:

“I used to wake Chisato after everyone else… I’d sit her on my knee and pat her back and hug her like a koala bear, and she’d lean into me. It was something I liked to do every morning. I’d hug her, and say, ‘Wakey wakey,’ and we’d start the day. It was our secret moment. But that day she got up on her own.

“Without electricity, people in Fukuji had no access to television or the Internet; none had yet seen the images of the devouring wave, which were being played over and over again across the world. Instead, they listened to the local radio station…

“3:58 p.m.…. a snatch of news from the car radio, ‘… as a result of the tsunami which hit Onagawa, houses are reported to have been inundated up to their roofs and vehicles have been washed away. Maintain strict vigilance…

“Sayomi went back to the main road and waited for her daughter [to return home from school], as dusk swallowed up the day.

“… it should have been the most natural thing in the world to drive back down the road along the river to collect Chisato. It was only four miles downstream, but there were no cars coming from that direction. The drivers loitering at the lock said that the way was dangerous, although no one seemed willing to explain exactly why…”

“He loved judo,” Hitomi [his mother] said. “And to his friends he put on a tough face. But to me, back at home, he used to complain about the pain of being thrown…

“The Konno family lived in the village of Magaki, three miles downstream of Sayomi’s home in Fukuji…”

“In the innermost reaches of the valley, a hamlet called Irikamaya had been spared. The village hall had become a refugee center. Hitomi could see human figures milling around it… everyone seemed to be looking for somebody… Then with a bolt of recognition and relief, she saw a boy whom she knew from Okawa Elementary… Tetsuya Tadano, a younger member of Daisuke’s judo team. His clothes were filthy. His right eye was bruised and swollen shut.

“We were running away,” said Tetsuya. “When we were running, Dai fell over. I tried to pull him up by his collar, but he couldn’t get up.”

“The boy shook his head…

“Dai was with me,” he said. “He was behind me, running. We were in the water together. He was just behind me.”

Read this book to begin to understand how so many died in a region familiar with tsunamis: elders had lived through the waves that struck from the ~M9.5 1960 Chile earthquake. A seminal event in their lives, all would have shared the story with their progeny. And yet…