AS WEEKEND GARDENER at the Japanese Community and Cultural Center of Washington (JCCCW), I have long wondered about the landscape around its buildings. Mainly, I have pondered the terrain west of the main building, which is marked by a steep, artificial precipice, cut by the hand of man.

Why was this done, I used to ask myself. On further reflection, I reasoned that it was beveled to level the field below it into a buildable lot.

But that lot too, is sculpted along its lower edges, where its pebbles ravel down the several-foot drop onto its    sidewalks fronting Rainier Avenue South and South Weller streets. Why was that land also truncated? By contrast, natural landscapes slope gently and smoothly.

An answer to these questions arrived when I was talking to Mrs. Maria Beppu about the closing of Linc’s Tackle, a half block north on the corner of Rainier and S. King (see 5/2017 article online).

During the course of asking the Beppus about the history of their shop, Mrs. Beppu mentioned that their building—a small storefront—had a basement.

“What?” I asked, incredulous.

“Yes,” she had replied. It had a basement because that was the street level before Jackson was aggraded—built up—to make it one long, smooth incline to the east, she explained. She added that the new street level ends—the edge of the Jackson artificial fill—a half block south, between King and Weller.

There, the land surface indeed drops abruptly, in the former empty lot—now the edge of the land supporting a new 105-unit apartment complex under construction—on the west side of Rainier Avenue opposite the entrance to the JCCCW alley. Moreover, Weller west of Rainier drops into a dip before climbing again to 12th Avenue South. Further, the forested landscape southwest of Rainier and Weller plummets again, just west of the sidewalks there, to the lower level of the Goodwill properties.

To understand all of this, visits to the Museum of History and Industry (MOHAI), and the landfill map at the Klondike Gold Rush Museum, Pioneer Square, help. The one phrase I vaguely remember on the topic from Washington State History, in junior high, is “The Denny Regrade.”

In fact, the Denny Street Regrade was only one of a series of some 60-plus regrading projects to fill in low spots and smooth off high spots in the period following the 1889 Great Seattle Fire. Then, city planners saw the disaster as an opportunity to rebuild the city right.

After raising Jackson Street at Rainier (1907-1910), a second necessary regrade must have been to raise Rainier Avenue to meet the elevated Jackson from Rainier Avenue’s natural low at South Dearborn. There, a valley was also cut to create an east-west passage through Beacon Hill.

It thus seems to me that the neighborhood of today’s cultural center must have been a regrading mess when the Issei purchased it for use as a Japanese language school. Perhaps that is why they could afford to acquire and develop two thirds of a city block there, during 1913-1920.

Today it is instructive to see that the block next to the school, that of West Coast Printing (SJ article, 3/2018), recently sold for $7 million. 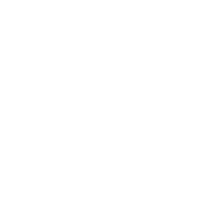 ON APR. 26, I described a painting that is for sale by the late local hapa-Nisei artist Scott Hattori. After enumerating the limited information I could gather about him, I posed two questions to readers from appraiser Debra Kahwaty. “Can anyone add to his [Hattori’s] story? Is he just forgotten?”

Since then, longtime NAP writer Yukio Tazuma emailed to say that he remembers Scott from Bailey Gatzert Elementary. “I was reading your NAP column about Scott Hattori. When you mentioned him as Haruo, it suddenly dawned on me recalling a student at Bailey Gatzert School. We remember him as Haruo, when most Japanese used only their given Japanese first name. Only other thing I remember, he being only the second one we remember as being racially mixed.

“Also, after the war, I did hear about his store on [C]apitol [H]ill. Regrettably, that’s about all I know of him. Even though we all lived in Japantown, he was not in our art class, neighborhood, church, tip school [Seattle Japanese Language School], etc.

“The only thing I learned of him is from your article. Now, I wish we were better acquainted, since we were both interested in art…”

The Live-Action Film, “Chiharafuru, Part I,” as an Introduction to the Hyakunin Isshu

Liberty and Justice for All