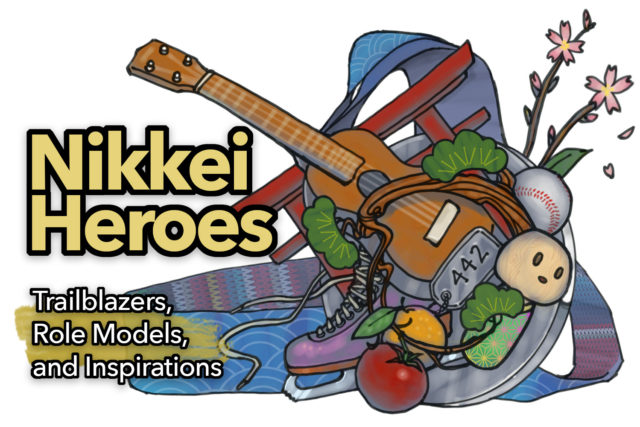 by Leslie Unger, Japanese American National Museum (The article is retrieved from JANM press release on May 20th)

Discover Nikkei, a multi lingual online resource of the Japanese American National Museum, has launched the eighth edition of Nikkei Chronicles, an annual theme-driven online journal with an open call for writings. This year’s theme is Nikkei Heroes: Trailblazers, Role Models, and Inspirations.

“Hero” can mean different things to different people. Perhaps it’s a relative that someone admires or looks up to. Perhaps it’s an athlete who inspires people to work harder. Maybe it’s a celebrity or an industry trailblazer who serves as a role model. This edition of Nikkei Chronicles asks, who is your hero? What is their story? How have they influenced your Nikkei identity or your connection to your Nikkei heritage?

Through its rich multimedia website, Discover Nikkei strives to promote a more profound understanding of the complex histories and insights of multicultural, multiracial, and multinational people of Japanese descent around the world. Previous editions of Nikkei Chronicles have explored the ways Nikkei express their culture, whether through food, language, or tradition. This edition turns a slightly different lens on the Nikkei world by looking at Nikkei aspirations and the many different forms that they take.

Submission subjects must be Nikkei or have some meaningful connection to the Nikkei community. They can be well-known celebrities or historical figures, or they can be significant only to the writer. They can be single individuals or groups of individuals, such as the Issei generation or the 442nd Regimental Combat Team. This call is also presented as an opportunity to honor someone not well-known but who is important to the writer, or who the writer feels deserves more recognition for their accomplishments.

Personal stories, essays, memoirs, academic papers, book reviews, and other prose works will be accepted until September 30, 2019, at 6 p.m. PDT. Multiple entries are welcome. All submissions that meet the project guidelines and criteria will be published in the Discover Nikkei Journal on a rolling basis as part of Nikkei Heroes: Trailblazers, Role Models, and Inspirations.

Established in 1985, the Japanese American National Museum promotes understanding and appreciation of America’s ethnic and cultural diversity by sharing the Japanese American experience. Located in the historic Little Tokyo district of downtown Los Angeles, JANM is a hybrid institution that straddles traditional museum categories and strives to provide a voice for Japanese Americans as well as a forum that enables all people to explore their own heritage and culture.

The 150 Year History of Nikkei Immigration

Terry Takeuchi of Terry’s Kitchen: For the Love of Food...