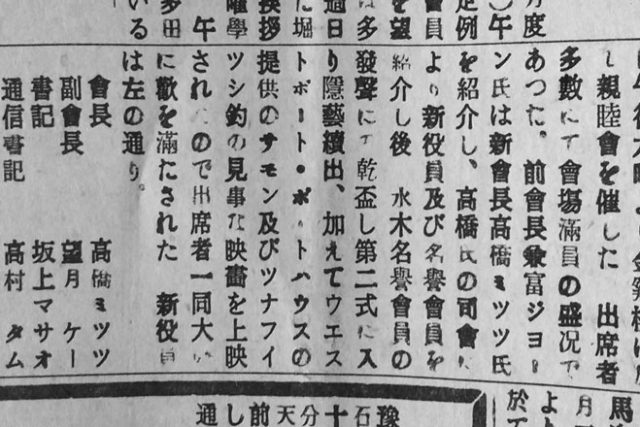 New officers are as follows: