“Yokohama Yankee: My Family’s Five Generations As Outsiders in Japan” is a touching personal history that connects to its readers through the universal themes of identity, belonging and family conflict. For the amateur historian it is also a fascinating account of old Yokohama and Japan’s relationship with foreigners, called “gaijin,” even those who have lived there all their lives and speak the language.

The result of years of painstaking research by author Leslie Helm, “Yokohama Yankee” describes some 150 years of a German-JapaneseAmerican family and business that came together and drifted apart over the course of Japan’s industrial revolution, the Great Kanto Earthquake and the grim reality two world wars and America’s occupation of Japan. Its real life characters enlist in separate militaries, attempt escapes of Japanese prisoner of war camps and experience, and in engage in themselves, many forms of racism. It is simultaneously a story of the everday tragedies of alcoholism, meddling stepmothers and the struggles of adopting children.

The book shines brightest however, and is most relatable, when Helm intertwines his own life into the historical narrative of his family. His own childhood in Japan, the experiences of he and is wife in Japan’s adoption system, his stay in Kobe immediately following the Great Hanshin Earthquake in 1995 and his musings on his identiy as an American raised in Japan, now writing about Japan as an American journalist are what bring the book to life and ground the far flung tales of a dozen of his ancestors.

And “Something unpleasant like this would happen every time I returned to live in Japan. At first, I would feel a deep sense of belonging: the warm press of bodies on a crowded subway; the hot steam rising from the bowl of noodles; even the pungent smell of car exhaust made me feel at home. Every sensation would tap a memory bank that brought me pleasure. Then something would turn sour.”

But Helm makes his peace with Japan, a country he clearly loves, over the course of the book as he travels back and forth for work and research, and the reader is invited to do the same, even as various troublesome anecdotes and cultural quirks are revealed.

Historically, “Yokohama Yankee” is a detailed account of the Helms Brothers business, founded by Helm’s great-grandfather Julius Helm and eventually sold by Helm’s father, Donald. This provides a unique lens through which to view such events as the Great Kanto Earthquake, as the Helms were at once both outsiders and local business owners.

World War II is seen largely through the eyes of Helm’s father, who, after being raised in Japan, returned there in the aftermath of its defeat to interrogate Japanese POWs. In his letters Don Helm finds the ruins of his childhood bicycle, flinches away from the horrors of America’s firebombing and falls in love with a mysterious Japanese girl; but they are filled with racial slurs as well, and condescension towards a desparate populace.

Through such contradictions, Helm finds words for the inner trials of mixed-race families and those who feel “in between.” If it sometimes loses itself in complicated family trees and zealous research, the thread is quickly picked up again by a lragely redeeming cast of relatives and friends. Rooted in unpleasant realities, “Yokohama Yankee” is far from a book of heroes, but it is not overly cycnical, either.

With the recent publication of “Yokohama Yankee” in Japanese, Leslie Helm will be presenting a bilingual talk entitled “Half Hidden Whole” on Saturday, Feb. 20 from 2-4 p.m. at the Nagomi Tea House in the International District. See the calendar page for more information. 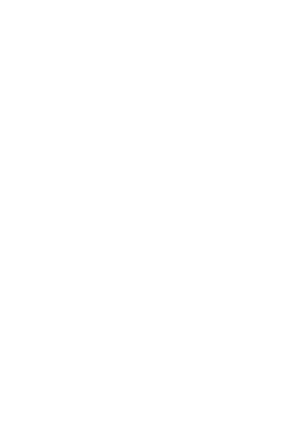 Editor’s note: Maiya Gessling works in a limited capacity for the publisher of this book, Chin Music Press, but the views expressed in this article are entirely her own.