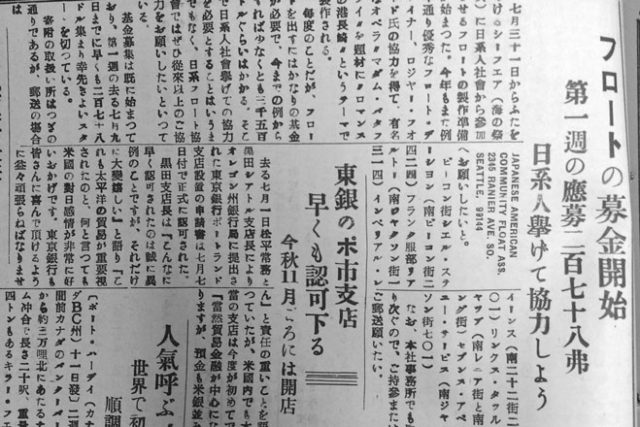 The local Japanese American community wants to build a float for Seafair, which will begin on July 31. As in previous years, the community will work with great float designer Roger Ford and create the float on the theme of “Nagasaki as Romance Port” from the famous opera “Madame Butterfly.”

Building a float to participate in local events is always costly, and the project will need up to $3,500, judging by previous years. The Japanese American Community Float Association is asking the community for more cooperation than usual in addition to generous support.

The project campaign has already begun, and in the first week raised $2,078. Mail donations can be sent to the Japanese American Community Float Association at 2345 Rainier Ave. S., Seattle, 98144.

The North American Post will also be accepting donations for the project, in person at the office or by mail.