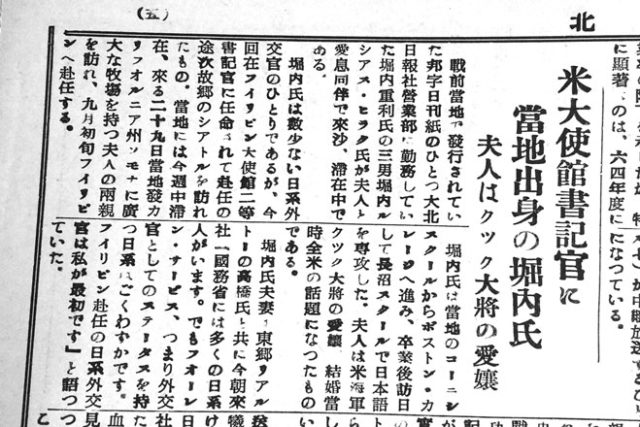 Lucius Horiuchi, third son of Shigetoshi Horiuchi who used to work for the Great Northern Daily News, a Japanese newspaper pre-World War II, is staying in Seattle with his wife and son.

He is one of a few Japanese American diplomats and has recently been appointed to a clerk for the U.S. Embassy in the Philippines. He will stay in Seattle this week and visit Somona in California for his wife’s parents before leaving for Philippines in September.

Horiuchi studied at Cornish School in Seattle and Boston College. After graduating, he studied Japanese in Japan at Naganuma School. His wife is a daughter of Navy Admiral Cooke, and their marriage was nation-wide news.