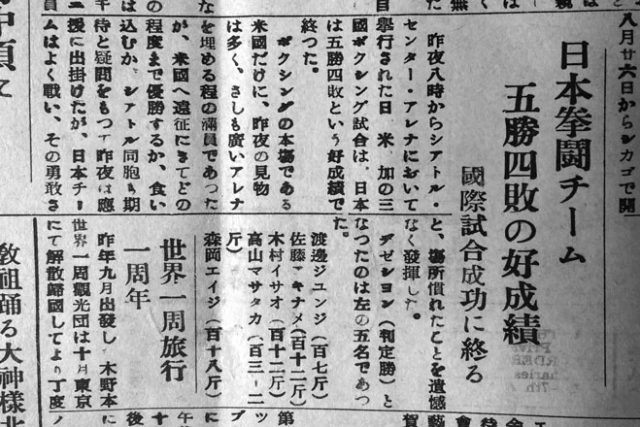 An international boxing event joined by the U.S., Canadian and Japanese teams was held last night at 8 p.m. at the Seattle Center Key Arena. The Japanese team finished successfully with a 5-4 match record.

As a tournament in the United States, known as a Boxing mecca, the arena was almost a full-house. The local Japanese community members were anxious as to how the Japanese team would fight against other teams, but they performed bravely and well. The winners of the five matches follow: