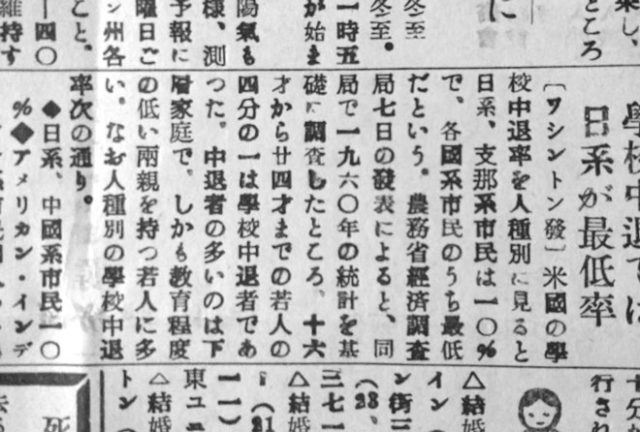 According to new data on student dropout rates based on ethnicity, Japanese and Chinese Americans had the lowest numbers, around 10%.

The report by the Economic Research Service of the Department of Agriculture claimed in 1960, 25% of all students ages 16-24 dropped out of school. Many of them come from low income families and have parents with low levels of education. The following data shows the dropout rates of each ethnicity: