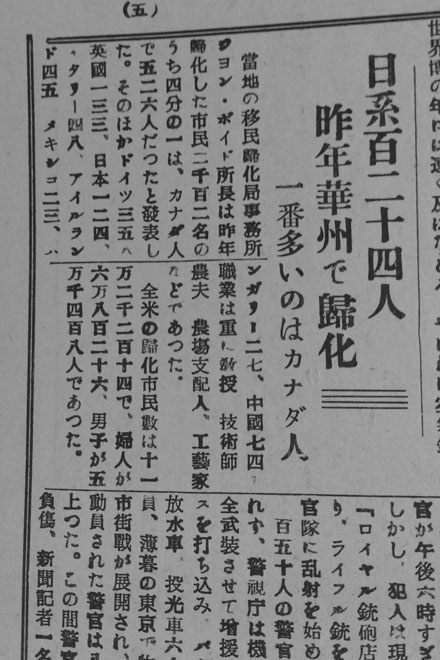 According to the local U.S. Citizenship and Immigration Service Office, 2,102 immigrants became new U.S. citizens last year. There were 526 from Canada, 358 from Germany, 133 from the United Kingdom, 124 from Japan, 48 from Italy, 45 from Ireland, 23 from Mexico, 27 from Hungary and 74 from China. Their occupations include professor, engineer, farmer, farm business owner and artist.