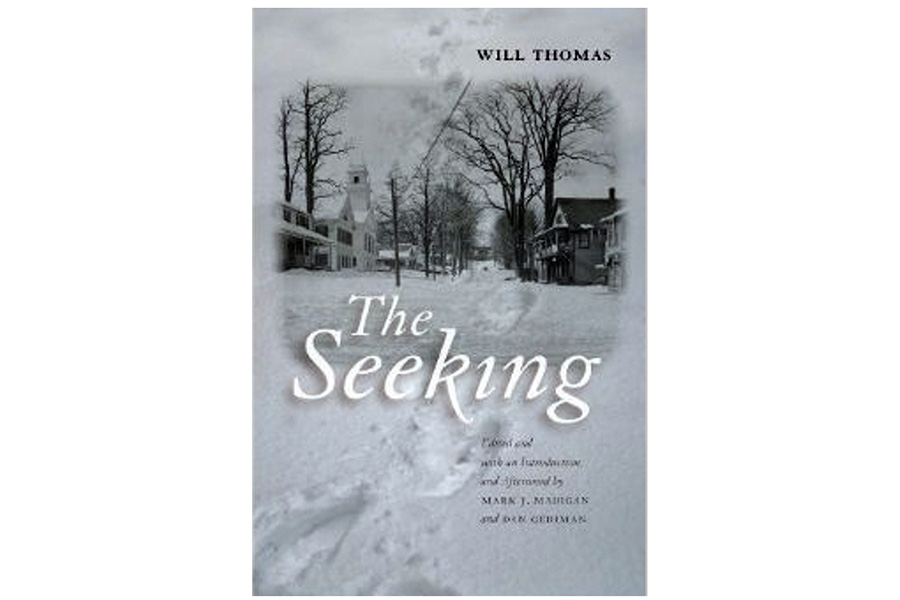 Beginning in the last decades of the 20th
century, the Asian American experience became a topic of interest in mainstream American society, and in the process was enshrined in the nation’s literary production. Books by authors of all backgrounds were published and authors such as Amy Tan, Jhumpa Lahiri, and Viet Thanh Nguyen became best-sellers.

During this time, the wartime confinement of Japanese Americans, which had already achieved pride of place as the most-studied subject in Asian American history, became a subject for popular literature in many different genres, featuring books produced by JAs as well as those of other backgrounds. From David Guterson’s “Snow Falling on Cedars,” Julie Otsuka’s “When the Emperor was Divine,” and Jamie Ford’s “Hotel on the Corner of Bitter and Sweet,” to Danielle Steel’s “Silent Honor,” numerous authors of mainstream books were inspired to dramatize the wartime events.

In vivid contrast, during the postwar decades Asian Americans occupied at least as marginal a place in American literature as they did in the writing of the nation’s history. Not only were JA novelists unable to make a breakthrough into literary circles, but the group’s very existence was ignored in the pages of books by the nation’s mainstream authors. Even the drama of mass removal and confinement of JAs failed to stir the hearts of the nation’s readers and writers. John Okada’s 1957 novel “No-No Boy,” which has since become a classic work of American ethnic literature, was rejected by mainstream publishing houses. The initial edition was published by Charles Tuttle, a small press, then all but ignored.

True, a handful of books produced by mainstream presses during these years told the story of the camps, such as Florence Crannell Means’s “The Moved Outers” (1945); Karon Kehoe’s “City in the Sun” (1946), and James Edmiston’s “Home Again” (1955), but they remained outside the American canon and are largely forgotten today.

Most prominent (and enduring) among the small selection of postwar literature that referenced the wartime treatment of JAs were works written by Black American authors. Victims of racial violence and legalized discrimination themselves, African Americans were attentive to racism against other minorities and eloquent in discussing its impact.

Chester Himes’s 1945 novel “If He Hollers, Let Him Go” includes a powerful indictment of racism against JAs, crystallized by the narrator’s description of a JA child, Riki Oyana, singing “God Bless America” just before he is led off to Santa Anita with his parents. Maya Angelou’s memoir, “I Know Why the Caged Bird Sings” (1969) speaks in more neutral (or ironic) tones of the mysterious disappearance of JAs from wartime San Francisco, and adds that it was a matter about which African American newcomers to the city seemed largely indifferent.

One striking, if little-known, piece of African American literature to reference JAs was the fictionalized memoir “The Seeking” (1953), by author Will Thomas (the pen name of William “Bill” Smith). The book recounts the story of the author’s life, and his experience dealing with racial prejudice. Because of the pain he suffers in the United States, Thomas is at the point of moving to Haiti with his wife Helen and their three young children. Instead, they make a last attempt to find a place for themselves by relocating to Vermont, to which they are drawn by the state’s historical opposition to slavery (in 1777 the founding Vermont constitution abolished slavery — the first state in the United States to do so) and its proximity to Canada. As the only African-American family in the village of Westford, Vermont, writes Thomas, they could live a life as human beings, not based on race.

An especially poignant section of the book is devoted to the author’s years in Los Angeles in the early 1940s, before he settles in Vermont. Thomas describes how he buys a house in West LA, on a rare street free of restrictive covenants. He and his wife then grow friendly with the Suzukis, a JA family living next door, who teach him how to weed his lawn and plant flowers.

Thomas is stunned by the Pearl Harbor attack (though he notes a sneaking sense of pleasure among many Black friends at seeing a “little Yellow nation” knock white Americans off of their comfortable sense of racial superiority) and dismayed by the rapid emergence of general hostility and suspicion against JAs.

Two days after the attack, Johnny Suzuki, the family’s teenaged son, attempts to enlist in the U.S. Army but is barred on racial grounds. He returns heartbroken, and sits out in his backyard wracked with sobs. Thomas is sympathetic to his neighbor’s sense of injustice, but also ambivalent, given the fact that prewar JAs, especially in the South, had received beneficial treatment compared to Blacks.

“I tried to soothe the boy, to explain, but my heart wasn’t in it and I guess he knew it. Yet I’m sure he didn’t understand the irony of my even trying to do so, for probably he did not realize that although browner by far than I, and of alien ancestry, he enjoyed greater general acceptance in my native land than I.” 1

Yet such resentment melts away in the wake of Executive Order 9066. Thomas recounts how outraged he and many African Americans were that their neighbors were being placed in facilities akin to “concentration camps” because of their racial ancestry.1 Thomas describes saying goodbye to the Suzukis as they are herded off in an Army truck to Santa Anita.

“When the truck roared up, Mr. Suzuki said in an odd, stilted voice, ‘If we never come back, you keep everything, Mist’ Thomas. And thank you very much.’ Only he said, ‘sank you.’”

“’You’ll be back,’ I assured him, ‘and your things will be right here, waiting.’ Our garage and attic were crammed with Suzuki possessions.”

Thomas describes how he remains haunted by the sight of the removal and the sad resignation of the Suzukis as “the ruin of a golden dream of a sweet land of liberty where freedom rang. Only not for them. Nor, alas, for me.” 1

By the latter part of the book, the author’s previous ambivalence towards JAs as privileged has melted away entirely, and his sense of empathy is displayed in its fullest measure. Thomas is invited to speak at a forum on race relations in a nearby Vermont town. There he meets Samuel Ishikawa, a Nisei from Los Angeles who had been confined in an American concentration camp during the war.

“Behind Sam’s placid exterior, his grave mien, his solemn manner of speaking, there was a subtle humor which gave sharp point to some of the things he told his audience; and sometimes there was sadness in his words, a wistfulness which bespoke a deep yearning to be accepted as an American in his native land, to discover that America was, after all, the land of the free. How well I understood that.” 1

Upon its publication in 1953, “The Seeking” was crowned with a measure of success. Due in part to the advocacy of Thomas’s neighbor, the writer Dorothy Canfield Fisher (who wrote an introduction to the book) “The Seeking” was chosen as a selection by the influential Book-of-the Month Club and became a Club bestseller. It received widespread and respectful reviews.

“Jet” magazine stated “The Seeking’ has a beautiful message of hope, an omen of the future in race relationships in the U.S.” 2

Dora Reynolds Gebo, speaking in “The Journal of Negro History,” offered praise for Thomas and “the depth of his emotions as he recalls the effect that such incidents as the relocation of the Nisei and the bombing of Hiroshima and Nagasaki had upon him.” 3

After many years in obscurity, the book reappeared in a reprint edition by Northeastern University Press in 2013, with a new afterword by Mark J. Madigan and Dan Gediman. It remains worth reading for its view of American life, and the author’s gift for description.

Greg Robinson, a native New Yorker, is Professor of History at l’Université du Québec À Montréal, Canada. He is the author of many books, the most recent of which is “The Unsung Great: Portraits of Extraordinary Japanese Americans” (UW Press, 2020; NAP review, Jun 25, 2021). He can be reached at robinson.greg@uqam.ca.

Editor’s note. Recent coverage of the “Africatown Community Home at Keiro” (Sep 10 & 24) raises the question of how have Blacks and Japanese Americans interacted across the decades? Several DN writers have recently begun exploring this topic including well-known author Greg Robinson.