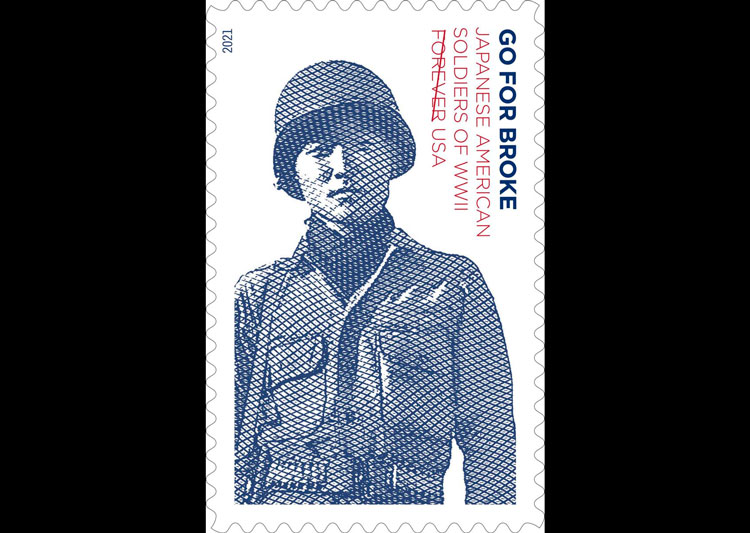 On June 3, the US Postal Service will be issuing a Nisei soldiers commemorative stamp. The stamp is the product of a protracted campaign launched by three California Nisei women in 2005. The soldier featured is Shiroku “Whitey” Yamamoto, from Ninole, Hawaii, who served in the 442nd Antitank Company.  His image makes a good choice because his inspiring life story is well-documented. It spans 20 web pages at nisei.hawaii.edu.

Whitey was raised in the sugar cane fields by his father, was orphaned at 17, joined the 442nd Infantry in March 1943, and participated in its campaigns until returning home in January 1946. He married a high school classmate and became an aircraft mechanic.

Legacy of Great Americans lives on