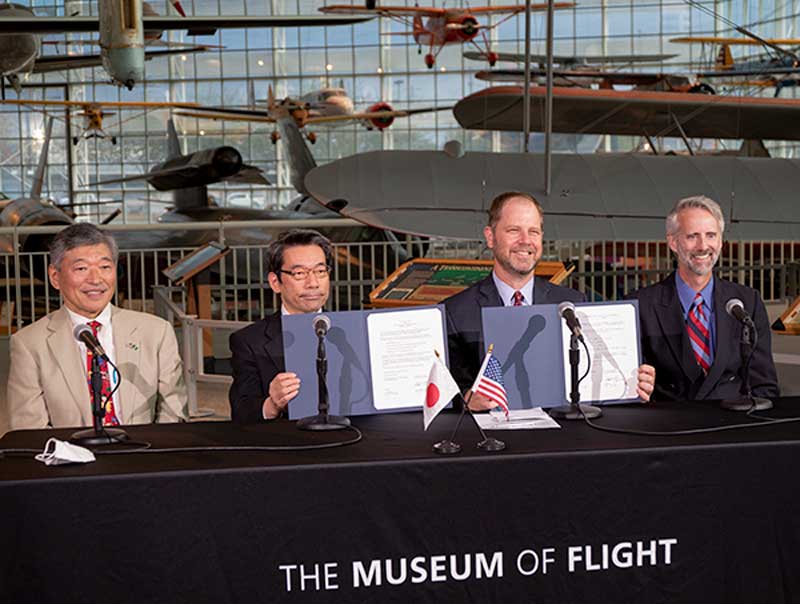 Seattle’s Museum of Flight and Japan’s Gifu-Kakamigahara Air and Space Museum signed a Partnership Agreement during a live virtual ceremony on Sept 14. The event was closed to the public but open to media.

The Partnership Agreement is meant to foster mutual educational, cultural and institutional goals and to develop joint collaborations in exhibits and promotions, all in the spirit of friendship. The partnership has been developing for over two years, when a team from the Gifu-Kakamigahara museum first visited the Museum of Flight and proposed the idea. The formal signing of an agreement was originally planned for 2020, with hopes for an in-person ceremony at one of the museums. With pandemic restrictions in Japan and the U.S., a virtual ceremony was deemed the only near-term option.

“I am grateful that we are in an industry that gets better not through competition but through cooperation,” said Museum of Flight President/CEO Matt Hayes. “Partnerships with great museums like the Gifu-Kakamigahara Air and Space Museum enable us all to work together in bettering our institutions and communities, and how we preserve and present history. I am grateful to have met… many kind and talented people from Japan while going through this process.”