A maneki neko statue keeps moving mysteriously around a “sort of” Japanese restaurant in Boyle Heights. A music teacher keeps hearing drumming in Leimert Park with no visible drummer. A team of kid detectives roams Los Angeles looking for ghosts — not to vaporize or “bust” them but to listen to their stories. The ghosts are friendly, funny, talkative, and near cuddly; some even have rainbow auras.

The LA of Elizabeth Ito’s “City of Ghosts” Netflix series is not what you might expect.

“City” is a beautifully told animated series which uncovers layers of stories about specific neighborhoods of Los Angeles. It’s a series that the LA Times calls “a gentle love letter to the city and its diverse communities.” The format is “hybrid documentary” which incorporates real-life speakers and stories (some with scripts, some without) and an overlay of animation over photographs of real locations in the city.

Both children and adults can learn a great deal from the series. As a young girl in Northern California, I wish I’d known more about the Native American tribes that were stewards of the land where I grew up. Now, as a public historian, it’s sometimes difficult to convey why stories of a place are important, especially to kids. Local history doesn’t always get covered in classrooms, even places where important historical events have happened.

By contrast, “City” encourages a curiosity in kids for place-based public history.

“We start each episode with a map of our city,” says Zelda, one of the ghost detectives in the “Tovaangar” episode. She is holding up a crayon-drawn map of LA, “one with names and places we know. But where did those names come from? And were there other names before them?”

“Discover Nikkei” readers will especially appreciate the first episode (“A Sort of Japanese Restaurant”) and the fifth episode (“Bob and Nancy”) featuring the real-life voice of Nancy Sekizawa, telling the story behind her family’s incarceration history and its Atomic Cafe. Another standout episode focuses on the Tongva indigenous peoples who stewarded the land where LA now stands. But each episode is compelling. And the diversity of characters across language, race, class, gender, and geography is unlike any other kids’ animated series I’ve ever seen.

Just months after its release in March 2021, Yonsei creator (director/producer/writer) Elizabeth Ito answered my questions about the show’s origin and creation and offered advice for Asian American creatives.

Tamiko: Could you talk a bit about your path as an artist or creative? I’m especially interested in the “hybrid documentary” format you use in “Welcome to My Life” and “City of Ghosts” and why that particular format.

Elizabeth: The first animated thing I saw that started my interest in mixing documentary with animation was Nick Park’s “Creature Comforts.” He’s the animator who created “Wallace and Gromit.” In the short, he used recordings of people he’d interviewed and animated zoo animals to their voices. It was so charming and funny. When I got to the point where I was learning to animate and making my own films at Cal Arts (California Institute of the Arts, Santa Clarita), I found myself gravitating toward ideas that left room for actors to improvise.

The first example I can think of was a film I made about toy bunnies fighting to get picked by a little girl at the toy store. I asked my friends to voice the main characters because I had heard them fake-arguing frequently and thought it would work well for the film. But I didn’t tell them a lot about the characters they were voicing, mostly just that I wanted them to argue like themselves. After it was finished and they saw what it was all for, they thought it was pretty funny. That made me happy because I also thought it worked so well with them just being who they are in real life.

In my final year at Cal Arts, I had been inspired by an essay my brother wrote about himself for an assignment and tried to find the most interesting and personal way I could think of to make a film about him (YouTube, Cartoon Network channel, “Welcome to My Life,” Cartoon Network Studio Shorts).

Tamiko: Where did the idea for “City of Ghosts” come from? And, a related question, how has your Yonsei identity and lived experience played into the creation and production of the series?

Elizabeth: ”City” was an idea I came up with because of a few different reasons. I’ve lived in LA my whole life. I was born here and so were my parents and grandparents. In the time I’ve been alive, it’s changed quite a bit, mostly because of gentrification. I wanted to make something that would show the multilayered place that I know LA to be, before it’s erased. I also was eager to make a show for my own kids and me to enjoy together.

My Yonsei identity gave me a lot of personal insight into the complexity of how these neighborhoods have evolved over time. With Boyle Heights (East LA) for instance, while now predominantly LatinX, it’s also been home to Japanese Americans and Russian Jewish immigrants before that. My grandparents are all in Evergreen Cemetery (in Boyle Heights) and my great grandmother lived out the later years of her life at Keiro, right off of Boyle (3.5 miles north of central Boyle Heights). She was also the very first ghost I had ever seen. My grandfather was at Hollenbeck (assisted living) in his later years, practically next door to Keiro. Most of our relatives have been here since before World War II, so we’ve been here… for a while and lived through a lot. I think having that knowledge definitely comes into play as to why I created the series in the first place.

Tamiko: ”City” has a wonderfully diverse set of characters across racial, ethnic, cultural, class, and gender identities, which I imagine was intentional. How did you choose the narrators, locations, and stories for the series? Are there locations or other stories that you wish you’d been able to include?

Elizabeth: We had a few brainstorming sessions early on where we brought in my friend, comedian Jenny Yang, to help us figure out where we wanted to go. We made a big chart on a bulletin board with neighborhoods on one axis and issues, communities, and ideas for characters we could meet there on another. After coming up with a lot of ideas, my documentary writer and producer, Joanne Shen, started researching and contacting different people and places. I would use that to form ideas of basic episode premises which were fleshed out into longer outlines. Narrators were chosen both through this and sometimes, by who was actually available and willing. I made a point of meeting people beforehand, just to make sure they understood what our process would be and that they were comfortable and okay with it.

We also went on local field trips to really make sure we got a feel for the places we were showing in the series. As far as other places, there’s a lot I wish we had been able to explore. Two…  come to mind in this instance. [There] is the Jewish community on the Westside — I went to a Jewish community center for after-school daycare when I was in kindergarten. Also, I live adjacent to Glendale (central LA) and would’ve liked to highlight the Armenian community out here. Those are only two, but I don’t want to make this interview too long (ha ha). 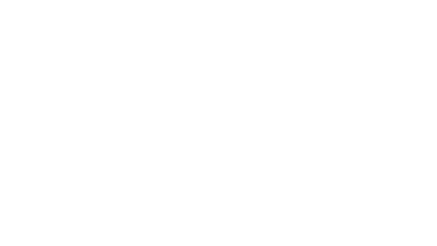 Tamiko: I bet there are so many more! The ghosts in the show are friendly and not menacing. Why did you want to create these kinds of ghosts and where do you draw your inspiration from for these characters?

Elizabeth: When I really thought about the idea of a ghost, I wondered what it is that really scares me about it and honestly, felt kind of bad. Like if I hadn’t been scared of ghosts when I saw the one in my hallway of my great grandmother, could I have talked to her, or listened to her? So much of my inspiration comes from other people, being genuinely interested in who they are, and what their lives are like. Why should that not extend to people in the afterlife too?

Tamiko: Do you have any advice for Asian American creatives hoping to make their own series?

Elizabeth: My advice for Asian American creatives is to go all out on making the thing that’s truly you, but know that you’ll probably face some obstacles that you didn’t know were there, and that it’s normal to feel frustrated by that. I think it helps to have reassurance that you’re not imagining things like that. Also, it’s going to be very stressful to run a show and there’s no way to explain it that prepares you for the experience. It’s a lot like having kids, in that way.

Tamiko: Thanks, Elizabeth! Are there plans or hopes for another season?

Elizabeth: Currently, there are no plans for another season, even though I can imagine endless ways to continue. That said, it won’t stop me from making more things that are like this in the future, even if it’s not more of this exact show.

Editor’s notes. “City of Ghosts” began broadcasting on Netflix on March 5. Elizabeth Ito’s website is elizabethito.com. From there, a link to “Welcome to My Life” on YouTube reveals it as no ordinary student short; it has garnered 5.5 million views.

On her website, Elizabeth shares, “I was good at drawing, and from the earliest age I drew things from my heart… I drew well, because I did it all the time, but the reason I drew was to get my emotions out. Some kids have sports, I had drawing… There are ways to storytell… to create metaphors that people will connect to without preaching to them…”