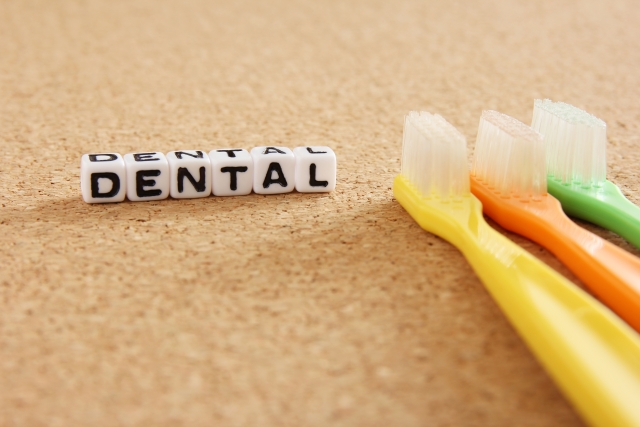 I started life thinking that dental hygiene was totally unnecessary. Cats and dogs managed without having their teeth brushed. (Now, some pets do have them brushed.) I grew up at a time when we thought brushing once in the morning was adequate. But before breakfast to sweeten our mouth? What good was that, when food particles ferment in your mouth within the hour?  Consequently, my teeth are staggered; I’ve lost a canine tooth, acquired a bunch of fillings and bridges, and a couple of molars are literally hanging by the skin-of-the-teeth. Back then, many gum diseases or cavities were treated by yanking out the teeth. I remember my dad, in his early 50s, lying in pain on the front parlor couch and spitting blood all day. He had all his teeth, both upper and lower, extracted. I remember seeing his pulled teeth in a bowl. They looked healthy, so I wondered why he had them removed. It was much later that I believe he may have had pyorrhea. Or, was it only “trench-mouth?” (Slang for gum inflammation from infection common in World War I trench warfare.) Today trench-mouth is relieved with antibiotics and gum surgery. In those days, fillings, caps, crowns, implants, bridges, gum restoration, and teeth and jaw alignment were not in wide practice, if at all.

During the war in 1942, we were incarcerated as Japanese Americans.  At the Minidoka concentration camp we had to use communal bathrooms separated from our sleeping barracks. Having to walk up to 500 feet from the barracks to the bathroom, and overwhelmed by adverse weather getting there, many inmates neglected to brush their teeth. Consequently, some suffered some form of mouth ailment. I happened to catch trench-mouth myself, possibly infected from the dinnerware in the communal dining hall. For treatment, I walked to the communal dental ward over a half mile away. I went twice a week for over a month and had my gums disinfected by thorough brushing with a germicide that tasted like shampoo containing hydrogen peroxide.

To digress, you may have heard of a prisoner who escaped his incarceration from an upper level jail cell by climbing down from a window using a cord he made from an accumulation of dental floss. When we were serving our time in Minidoka, I never heard of dental floss. (Was it even invented then?) We had no desire to escape; we just wanted to walk out free, bad teeth and all.

I began going for professional dental cleaning, later after the war, about  four times a year. One day I asked myself what good was that, when I’m eating  three meals and two or three snacks every day? All this gorging only made me vulnerable to oral infection about 2,000 times every year. And then, I began (don’t laugh) a do-it-yourself dental program. I’ve tried to clean my teeth thoroughly after each meal. This meant brushing with a vibrating Sonicare brush for the gums, tongue, and roof of the mouth (technically, you’re not brushing your teeth, but the gums adjacent to it). I brush between each tooth with an interdental brush (an ordinary toothbrush can’t do this) and conduct deep cleaning front and back using a Sulcabrush containing only a single tuft of bristles (available on the Internet). I also rub the gums between the teeth with a rubber stimulator and rinse the leftover particles with a Waterpik. And, finally I gargle with Listerine (the awful tasting tea-colored one with the germicide believed to relieve dandruff, warts, nail fungus, athlete’s foot, mosquito bites and who knows what else?). Of course, I also floss once a day. Okay, go ahead and laugh!

Admittedly, as a retiree it’s easier for me to do this than those working a full-time job. But, everyone should, at the very least, brush their teeth three times a day. When I worked at Boeing, another fellow and I were the few that brushed our teeth after lunch. I can’t remember a single dentist ever explaining to me the why, what, and how for good oral hygiene. Besides, to overcome bad dental habits, no one technique can do a thorough cleaning. My hunch is most dentists are reluctant to give this advice. Because they, too, are guilty of lazy dental habits. But, we may overlook their human weakness and allow them to advise their patients to overcome their laziness, and “Do as I say, not as I do!”

Besides all this, I’ve come to believe that some of our other body ailments could be a symptom of mouth infections transmitted through our nervous system. You might say I’ve become the Howard Hughes of dental hygiene. Wasn’t he the one that became in his old age a nut about absolute sterile cleanliness? At any rate, it’s better to be a nut on personal hygiene than one who would shoot up the neighborhood with an AK-47.

Yukio Tazuma was born in Seattle and has lived in the Puget Sound region almost all of his life, except for the three years he was confined in the Minidoka concentration camp in Idaho with other Japanese Americans during World War II. Before his retirement, he worked as a graphic artist at The Boeing Co. He can be reached at ydentsuma@gmail.com

Quarantine in Camp Stories of Other Pandemics