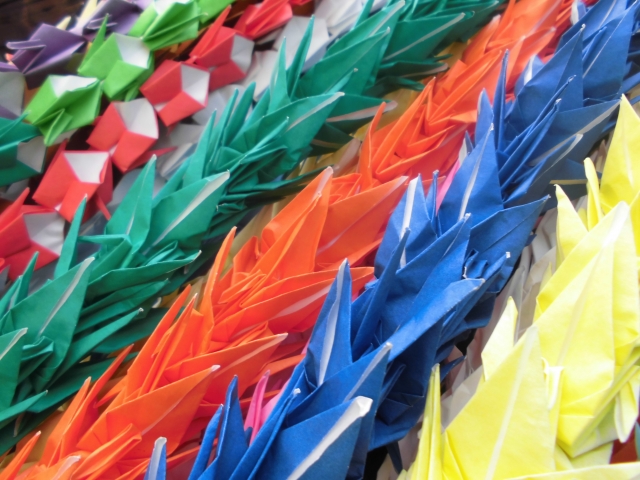 Japanese Americans from across the country will gather next spring in Washington, D.C. on June 5-7, 2020 for a “National Pilgrimage to Close the Camps.” We plan to bring 125,000 paper cranes, or tsuru, as expressions of solidarity with immigrant and refugee communities that are under attack today. The 125,000 cranes represent the members of our community who were rounded up and incarcerated in U.S. concentration camps during World War II, including both Japanese Americans and Japanese Latin Americans.

Standing on the moral authority of our own unjust incarceration, the protest will demand that no matter where someone came from or how they arrived to the United States, they be treated with dignity and respect. We will stand with immigrant communities to condemn the policies that dehumanize them, including ICE detention; jailing and separation of parents, families and children; and the Muslim ban.

The planning is being led by Tsuru for Solidarity, a nonviolent, direct action project of Japanese American social justice advocates. “We expect this to be the largest gathering of Nikkei since World War II, when we were forcibly removed from our homes and incarcerated in U.S. concentration camps,” said Mike Ishii, one of the lead organizers.

Secretary Norman Mineta Special Interview prior to his visit at UW...