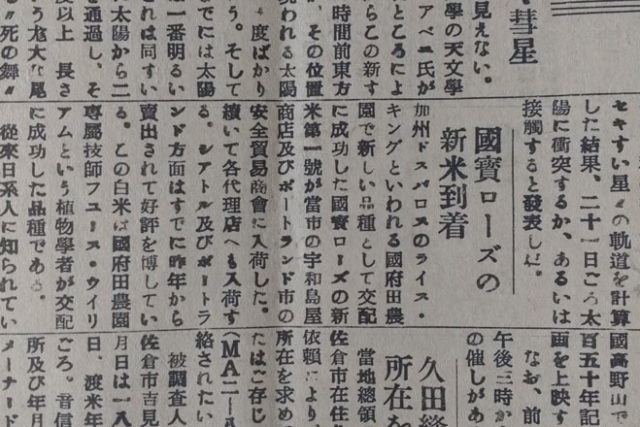 The first product of new rice crop Kokuho Rose from Koda Farm, which is called “Rice King” in Dos Palos in California, arrived at Uwajimaya in Seattle and Anzen in Portland. The product will be arriving at other retail stores soon. The rice has been very popular in the Seattle and Portland areas since last year. This white rice was bought by plant breeder Hughes Williams of Koda Farm.

Calrose rice, well-known in the Japanese American community, was also bred by Williams when he was leading a research group in a test center. He is considered an authority of the rice industry.