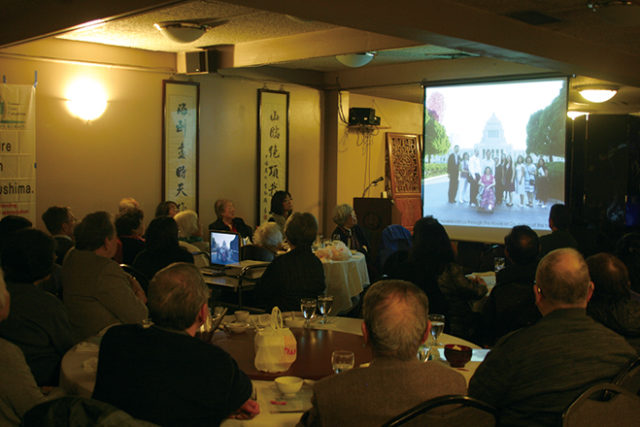 Seattle Fukushima Club held its annual New Year’s party at Four Seas Restaurant in the International District on Sunday; gathering about 60 attendees including members and representatives from other local prefecture clubs and the Japanese consulate. Despite a disappointing loss by the Seattle Seahawks, the attendees greeted each other happily and enjoyed the dinner and entertainment. Several members also reported on the Fukushima tour that the club organized last year and presented various photos of the adventure, including coastal towns where they could share evidence of the posttsunami reconstruction that they witnessed.